The English update primarily features a new title logo which is more in keeping with the original Magical Quest series logo. It also has various improvements throughout.

The Spanish version has been updated with a new title logo and some other bug fixes and improvements including some newly translated graphics. Thanks to blade133bo for his work on the Spanish Magical Quest 1 logo, which was partly used in the new Magical Quest 3 Spanish and Portuguese title logos.

The Portuguese Translation has now been completed by Goro’s Lair. It features accents for all the text which has been fully translated to Portuguese. Many thanks to Goro’s Lair for his assistance with testing.

A No Letterbox Hack has also been released. This hack removes the letterbox / black border that is drawn at the top and bottom of the screen during gameplay, which is common in many Capcom games. This patch works with the English translation, with any other translated version, e.g. Spanish or Portuguese translation and with the original Japanese ROM. 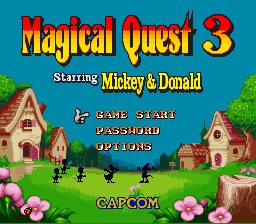 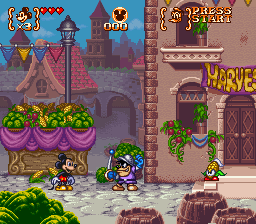