Wart is Back! The evil king has escaped from Super Mario’s unconscious and invaded the Mushroom Kingdom. Wart has also kidnapped Mario and rendered the kingdom defenseless. Princess Peach has sent for Samus in a last-chance hope that she may be able to defeat Wart and save the land. As Samus, you must traverse the many obstacles and dangers that Wart has set up through out the 5 areas as well as collect Mario’s super powers to help you on your journey.

Metroid: Wart’s Invasion is a Metroid(NES) hack. All graphics and palettes have been changed into SMB(1,2,3) style. The entire map layout was created from scratch, every room is original and rarely repeat within the game. 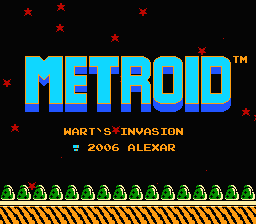 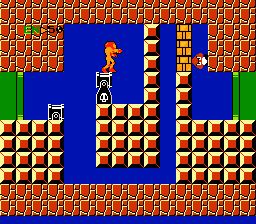