You can finally play the iconic movie on your NES!

Akira is a point-and-click text adventure following the plot of the movie (not the manga), and is sure to give even the greatest fans quite the challenge.

This project was many years in the making and was a combined effort of danke, Pennywise, and Niahak with some early aid from RedComet. The game was translated rather quickly, but, because it was a text adventure, space immediately became an issue. After a line hack and hijacking the native DTE, space was still a major issue. It was decided that the ROM needed to be expanded and the pointer system reworked. After that headache, the text was inserted without issues and with minimal editing for space. You can enjoy the game as it was meant to be.

The game itself is extremely challenging if you haven’t watched the movie. There are also some ’shooting’ mini-games that are enough to make you swear, so saving often is highly recommended.

To make use of the patch, you need to run the ROM through ROM Expander Pro, which is included in the zip file. All instructions can be found in the readme.

Due to the nature of the game and the hundreds of possible choices and responses, no amount of beta-testing could have checked over everything. As far as we know, the game is 100% bug-free, but there may be a typo or two. If you spot anything, feel free to report it in the forum post linked with this article. 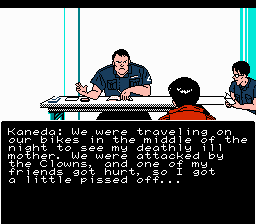 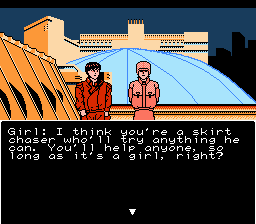