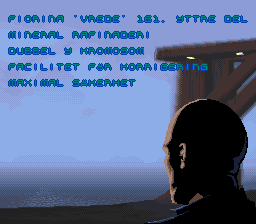 This rom hack adds CD-quality audio and some other features to the 1995 game “EarthBound” for the Super Nintendo Entertainment System. When used with the custom-made PCM music pack (downloaded separately) the original soundtrack is replaced with all-new music sourced from (mostly) rap and hip hop beats.

These aren’t covers of the original soundtrack, but is instead curated music that is meant to “match” the spirit of the game.

The end result is over 170 tracks replaced with an all-new soundtrack. Since these PCM files are uncompressed audio, they take up quite a bit of space and will have to be downloaded separately. You can find them available here:

That’s obviously the meat and potatoes of this rom hack, but there are other features as well, including being able to press Y to run, typo corrections, and bug fixes. See the readme file for more details.