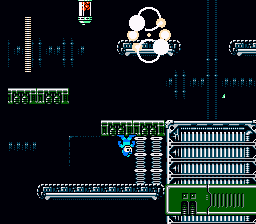 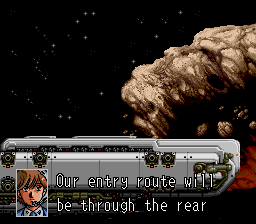 This hack alters the gate on the Empire Castle to remove it permanently after you first enter the castle to meet the Emperor. This allows you to reenter Northtown after the Emperor betrays you to save your game, forge weapons, and resupply before finishing the castle.

You can also do an optional sidequest revisiting the castle at any time after getting Flammie. A kid in Northtown will now offer clues about a mysterious treasure chest in the castle’s throne room. The Emperor’s treasure chest contains a sword orb, but you’ll have to fight tougher monsters in order to reach it on your second visit such as Dark Knights and a Dark Stalker just outside the throne room. Underneath the Emperor’s chest is a mysterious statue holding a diary. The diary contains an unfinished entry, revealing content that always existed in the game’s code but was never actually used until now. (The pygmy statue is also a dummied out graphic.) More info about the dummied out diary entry here: https://tcrf.net/Secret_of_Mana_(SNES)#Diary_Entry

Bear in mind if you choose to do this sidequest to get the sword orb in the Emperor’s chest, it will not ultimately result in being able to get an extra sword orb (like Level 9 Weapons Progression Balance will). Instead it will prevent the one in Grand Palace from spawning because you got it early. Likewise if you get the sword orb from Grand Palace first, the Emperor’s chest will no longer spawn if you do this sidequest afterward. Also the whip orb in the castle has been swapped with Mech Rider II’s javelin orb in order to better balance orb progression now that it’s possible to forge weapons before fully clearing the castle.