« on: July 26, 2020, 10:34:21 pm »
Not much to add except detonator randomization has been fixed. All this time I assumed there was something wrong with my randomization code when it was actually a side-effect of the game's programming.

Detonators are still only randomized with detonators but they should work correctly now. The only sideeffect is that you can hit the same detonator multiple times (doesn't do anything extra). It will never show a trigger detonator. Also, detonator randomization is forced on at the moment. I'll fix it during my vacation next week.
2

If playing on Random Start, room 0xFC has received a complete redesign to prevent a softlock while also making the room not boring. If you do not use random start, this room stays vanilla.

Here is the current roadmap:
1. Fix detonator randomization
2. Fix color correction
3. Expand magic boots randomization
4. Any other goofy things I can think of.

I haven't had as much time to work on it as I would like but I'll still be updating periodically.

Also, one randomization quirk i need to fix:
Both rooms 60 and 5E are valid locations for Cave of the Doomed Souls key. This means if you happen to drop down the wrong shaft, it's a softlock. I may adjust this so that it can not spawn there but I dunno.

Another note, I am very curious what bytes 0x01A371 -> 0x01A3FE are used for. These bytes are strangely sandwiched between data for room 0x45 and 0x46 but is definitely NOT room data. I'll like to look into that some day....

« on: July 06, 2020, 05:27:54 pm »
Well, the magic boot randomizer being broken makes complete sense as I am incapable of fixing anything without breaking something

I will review my detonator code again and will implement the room change that you have suggested.

-Detonator randomization is now disabled for the time being.
4

I’ll get that fixed up ASAP.

EDIT:
-I have fixed both the Staff Piece and the detonator issue. I did, in fact, overwrite my random tables with an older one, re-breaking the staff piece.

-As for the random spike ball with orc colors, this was actually intentional. There is no random start location to spawn in that room without instantly dying. I attempted to modify the corner spikes but I ended up with graphics corruption. I just opted to change the orc into a spike ball. This give you a spot to random start but also leave in a bit of danger.

-The misplaced block and corrupted floor are due to the same error, I modified byte 1A5ED when I meant to modify 1AB5E. Correcting this has fixed both problems.

-The staff room with the sort of jacked up graphics are because there are a considerable number of custom graphics blocks that I couldn't be bother to fix.

I might go back and fix those some day.

-I noticed a huge oversight in my color correction code. It's causing most items to not color correct... correctly. colorrectly? I will have to put some more work into it. That may be a next weekend sort of thing.

***EDIT***
The bugs listed above have been squashed. I also corrected a couple other bugs I found.

Also, currently starting in room E4 or FC results in an immediate softlock. I may be able to fix that today. If you get this room, I’m sorry!
6

You can now select a random starting room. ANY room can be the beginning of the game! Please note that if you use the random start, MANY rooms have been edited to prevent soft-lock. I will follow up on the details of the room edits a bit later. I also fixed a few bugs that were generating ugly graphics.
7

Both FF and FD cause the game to lock up if set as the starting room. There is no room data for FF whatsoever. There does appear to be a a handful of bytes for FD but not a complete set of room data.

Fun Fact: There is a nearly identical byte for byte duplicate of room 00 immediately after 00s room data. It doesn’t appear to be referenced or used in any way.
June 21, 2020, 10:12:27 pm - (Auto Merged - Double Posts are not allowed before 7 days.)I just published an update to the randomizer. Sadly, Random Start did not make it in today. It's going to take me longer than I thought to get it right. It's going to be my priority this week but I likely won't have much time to work on it.

-Shadax palette randomization
Now you can be funky colored Shadax! I'll likely include a way to specify the colors but for now its totally random.

-Magic Boot strength!
The Magic Boots now have a strength ranging from normal to nearly 4 blocks jump (max strength 127, up from standard 95)! Totally breaks the game but it's fun as heck. Jump height can NOT EVER reach 4 blocks unfortunately. The boot strength byte is signed and cannot exceed 127

-Web page looks better!
My friend threw together some CSS quickly for me so the randomizer isn't so plain. I hope you like it!

***Please note I haven't tested this too thoroughly but I do not anticipate any new issues.***
8

« on: June 20, 2020, 08:33:22 pm »
I have completed documenting the changes required to do random starting room. Some rooms need minor edits, some need major edits, and then depending on starting room, other rooms need edits to prevent softlock.

For the time being and for my own sanity, the magic boots will still only be randomized within the main castle area only. This means regardless of your starting room, you will need to make your way back to the main castle to find the magic boots. Eventually I’ll have a more comprehensive magic boot location randomizer but logistically it is much more difficult.

I am still working on implementing start randomizer and hope to have it live some time tomorrow.

If I can’t finish it by tomorrow I’ll at least update it with a couple other minor features and then add random start some time in the coming days.

Some fun facts:
-Room A2 does not exist. As in it literally does not exist in the ROM. Any attempt to start in or exit a room to A2 spawns you in Room 00 instead.
-Exiting to a room that is not yet accessible (exiting a room that is usually opened via detonator without yet triggering the detonator) will skip over the inaccessible room and instead spawn you in the next logic room
-Detonators do not seem to work correctly if placed in any room other than a detonator room. I will try to find a way around this but outlook not so good
-Any object can be flagged as an enemy. You can make a trap potion that kills you when you jump on it!

Right now I'm trying to finish up starting room randomization. It's sort of a headache because a single byte controls both your starting X and Y position (offset 0x000D60). This means your starting spawn location can only be anywhere in a straight line from the top corner as shown in the following screenshot: 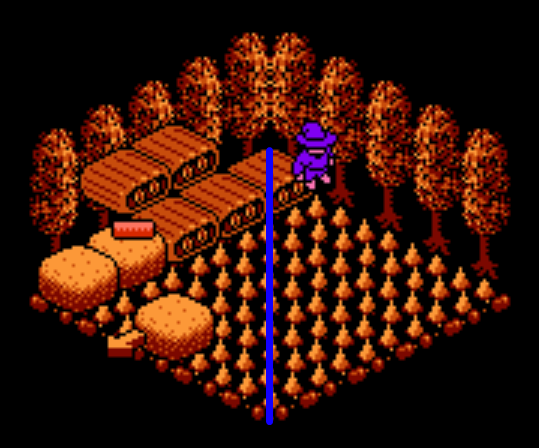 As you can imagine this causes some soft lock or instant death issues. I am still going through each room and documenting where edits need to be made to avoid these because I really don't want to exclude any rooms entirely. It's going steadily though so I should have it done by this weekend I'm thinking...
10

I do have some palette randomization stuff coming very soon. I’ll also have a few other wacky randomizations coming soon, one of which I hope surprises you J^P.
11

Item Palette correction is just about finished. I added support into the interface but it doesn't quite work yet. I'll probably get it working over the weekend.

Object Color palette correction is now available. You can choose to fix non-potion colors, just potion colors or everything. Fixing potion colors is nice is you want to be able to see what potion it is before picking it up.
June 14, 2020, 09:59:56 pm - (Auto Merged - Double Posts are not allowed before 7 days.)Teleporter randomization is now working. If chosen, all teleports will pair up randomly.

I have some other cool things coming soon as well. Random starting room is almost done. I just need to work out some of the obvious softlock issues.

Are there any feature suggestions?
12

« on: June 09, 2020, 12:31:46 am »
I would reckon it’s a bit harder now as you are almost required to search every room to find the staff pieces (assuming you don’t peek at the log file). Additionally, there is a much larger area you have to explore without the magic boots.

Also, since this version does not color palette correction,  it’s impossible to tell which kind of potion is which until until you pick it up.

I have big plans for the future of this hack. i’m very excited to add more features.
13

I have just published my first rom hack ever! I am very excited to bring you my first public version of the Solstice Randomizer.

The randomizer will mix up all collectible objects (with logic). It also supports custom seed and outputs a "spoiler" log if desired. The output is a simple IPS patch which you will want to apply to an unmodified US Solstice rom.
There are currently a few limitations involving Credits and Detonators but those will be cleared up eventually. I also have made a few minor edits to certain rooms to allow access to a greater area without the Magic Boots.

I would like to throw out a big thanks to Jp32 for his documentation (http://www.romhacking.net/documents/783/) as it gave me a huge jump-start to tackle a project like this.
Various randomization options will be implemented over the next couple weeks. I'll keep an updated feature / update log on at my website as they are added.

I hope someone gets some enjoyment of of it! 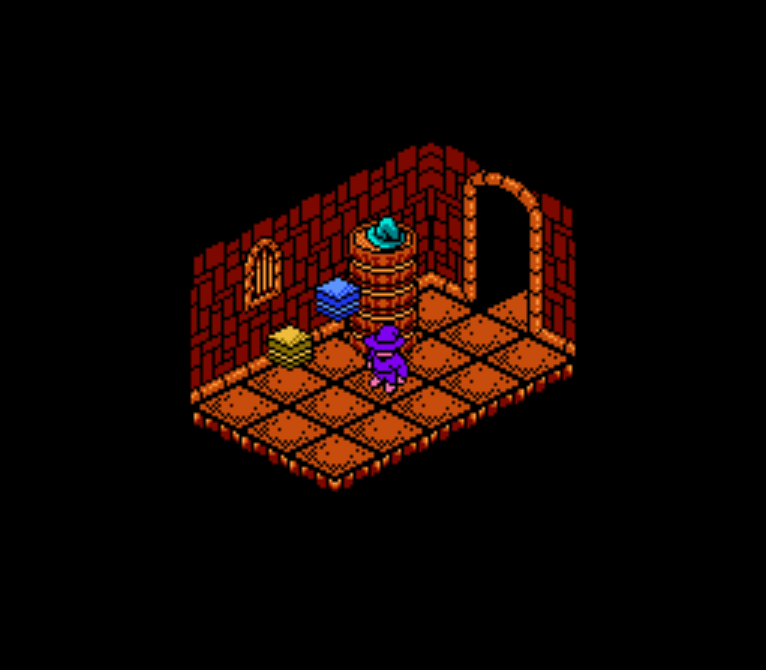 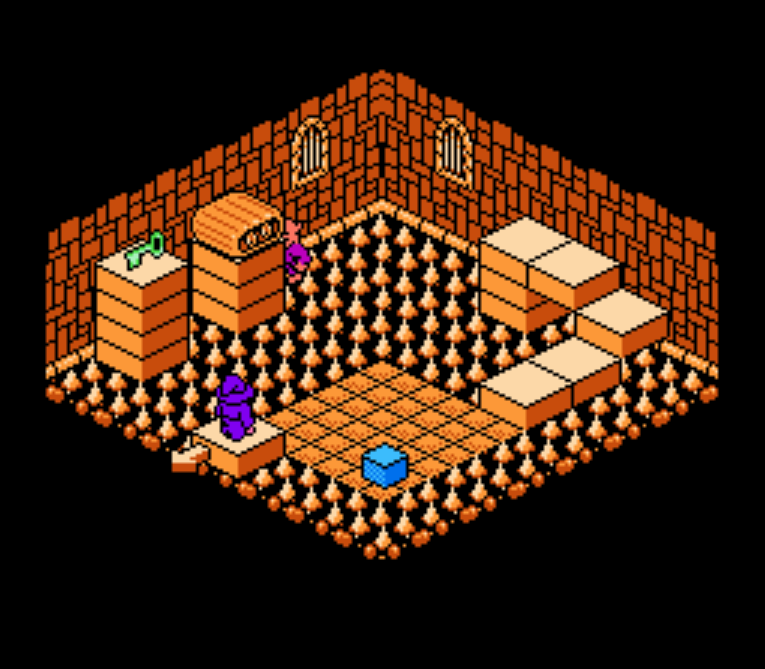