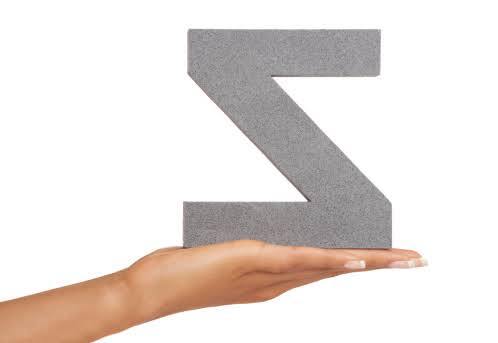 Thanks for your quick answer.

I tried to create a new thread on the board but I can't pass the verification code test even though I typed the letters correctly.

If somebody got an idea....

Sorry, I turned up the difficulty for the verification system due to persistent spam but I didn't realise that it would completely block out people from attempting to make legitimate posts.

I cleared out some space in my Romhacking.net inbox. If you could send me a PM with your email address I'll get back to you.
3

The translation isn't final, it's just there to show off hacking prowess. The entire screen was stored in the CHR and in conjunction with RLE compression, I had no room to expand the translation within the original data confines. So I came up with a way to hijack the original routine and load the text from the PRG with a byte check for this screen only. Quite a bit of code and work went into this intro.

Wow, that's pretty impressive! I hope you didn't think I was trashing your work.
4

This took forever to do.

I don't mean to be a knob/pedant, but that translation seems a little different from the feel of the original.

[Fancy]
199X: The end of civilisation/history*.
The passage of time continues...
*'Human history' is more to do with evolution; 'history' by itself is about human civilisation by default. But it might be better to make the human element clear with 'civilisation'.

What you've got there sounds like "The end of the world came, but everyone was alright really", whereas the original is more stark and bleak, and makes it clear that a) civilisation is pretty much toast, and b) it's been some time since everything went horribly wrong. I know there's hardly any space to work with there and it's only a couple of short sentences, but this is a pretty iconic opening and I have fond memories of it, so please understand that I am only nitpicking out of love. :V
5

Script Help and Language Discussion / Re: Any assistance in translating this for me?

« on: January 27, 2014, 08:16:45 am »
I'm not sure if you want to bother translating first screen. It's a standard warning used by many games that says it's illegal to download or distribute unauthorised copies of games over the internet - it's like the FBI warning you get on movies. Perhaps you could replace it with a message saying that your patch is free and shouldn't be paid for, if that's the case.

Second screen:
Exploration Tips: Doing Battle
1. Press the [A Button] when you find an enemy!
2. Select attacks with the [D-Pad].
3. Start combat with the [Z Button] (Nunchuck style) or [x Button] (Classic style)!

[Virus Level]
You'll be incapacitated if this reaches 100%.

[Stamina Gauge]
You'll be incapacitated if this reaches 100% as well.

Personal Projects / Re: G.O.D (SNES) as a project

"The rusted streets of Chrono Grande cried out, ravished by the flames of nuclear war"

Did you mean 'ravaged', or were you going for the sexiest war ever? :V
8

Script Help and Language Discussion / Re: Translation help - Scene between a Japanese feudal lord and his soldier

Script Help and Language Discussion / Re: Translation help - Scene between a Japanese feudal lord and his soldier

« on: November 01, 2013, 08:16:52 am »
Do you want to paste in the result anyway? It could be useful to someone in the future, and there's few things more frustrating than clicking on a thread that might interesting only to see "Never mind". It's like the phenomenon of googling for a technical problem you have, finding only one post on the internet where someone had exactly the same issue, only to find "Never mind, I found out what the problem was" at the end.
10

Hmm, I'm not sure if "Confusion" is the appropriate term for "madowasu". The Materia does have the Confuse spell, but it also has the Berserk spell. No one gets confused with Berserk, but the affected target attacks uncontrollably.

If it contains both Confuse and Berserk, how about 'Bewilderment'?
11

Script Help and Language Discussion / Re: Some words to be translated...

This is generally my attitude towards things. The issue here is that the game in question has been known as Sutte Hakkun in emulation circles for over a decade, with Hakkun being the main character. If we change the name and leave it subtitled or something (and that's a pretty big if) do you have any suggestions for names that would both keep the internal soundalike consistency and not sound rude? :p

Got a full list of character names? (Maybe this could go in a new topic.)
14

You want to name him after a child's training toilet? You utter bounder, sir!

Incidentally, my opinion is that a name that's been rendered in English for Japanese audiences doesn't necessarily count as a localisation. Even if they did write out Burokkun in English, I'd still localise it, because the creators of the game didn't do it for an English-speaking audience, they did it for a Japanese audience. Respecting the creators' intentions is one thing, but I do think that there are things where I'm sure they wouldn't give a damn if you asked to change something, and it's more important to tailor the game for the new English-speaking audience. (The title screen for Hourai High's a small example of this - it originally provided an English title under the Japanese text, "The Adventure of Hourai High School", which I changed to "The Adventures of Hourai High". Speaking of which, I think the subtitle I chose, "Transfer Student Dramabomb" ruffled some feathers here, but it's actually a faithful localisation - just not a direct translation.)
15

i would highly recommend auto-wrapping on any game/system on which it's remotely feasible for any translation project. it's especially nice for text that has control codes in it that are expanded at runtime into arbitrary item/character/whatever names, because you can't even write a manual autoformatter to deal with that at build time

i wish you were every romhacker
16

The discussion on gamefaqs also mentions some bugs, like a crash before the ending so that you cannot reach new game+, don't know if this is true yet. But maybe it has been reported and fixed already.

I do not think the game is too easy, only if you do a lot of grinding this is the case. But the character balancing could be better, Myra is just so much stronger than all the other characters. All in all, Energy Breaker seems to be a comparatively short but very good game.

If you're participating in the discussion, I'd really appreciate it if you could encourage them to post a bug report on our message board!
http://yuudachi.net/bbs/

You can easily post screenshots and save files there.
17

That happens all the time, the left-most conversation menu corrupts easily. Fortunately it doesn't seem to have any consequences and it's easy to reset.
One thing i think i noticed was that some shinny pebbles rewards seemed missing (from the walkthrough). I think it was the second time you fought the 'security system' in the past, the main cannon was missing a shinny pebble reward when destroyed (and it was destroyed, unlike some boss appendages, which can be skipped, because the cannon was the 'boss').

Also i think i never got a shiny pebble for the giving the pin or the toy to the girl on the past (whose grandmother died).

For the former, it might have been because the character who delivered the finishing hit had a full inventory. If your inventory is full, you don't get enemy drops.
18

Things i dislike is how the plot gets quite confused about midway, only straightening up near the end (was that the translator tweaking?), the *ridiculous* backtracking, the moral relativism of some things (Leon is a scumbag) and the weird stuff with that 'inside the body (womb)' sequences, especially the one with the prepubescent girl.

I did try to nail down what I could and straighten out a few things without changing it too much from what was intended.
The game was originally designed so that you could select a main character, before they threw that out the window and made Myra the main character. There's a bunch of unused text from the initial dream sequence, with conversations for each of the different characters. I think this explains why
Spoiler:
large swathes of the story mostly seem to be about Lenardo, Star is kind of inconsistent as a character, Krill comes out of nowhere and so on. I think Leon's story and character were certainly a casualty of this - the original Japanese text was a lot worse about letting Leon off the hook for everything he does.
It's a shame, I think, because the basic story and setting is really good, but only the broad brushstrokes are there, and the details are clearly quite rushed in places. I'm not saying it's like the Ecce Homo restoration, or that it's bad, but I think it had much more potential. I would really love to see a modern remake of the game as it was originally intended to be.

Spoiler question:
Spoiler:
What's that drowed+water elemental stuff at the end of the credits, is it related to some of the other games or is that Leon's body at the bottom of the sea? His hair was not grey though.

That's part of original game's design and probably won't be fixed. It's not Disnesquick's responsibility to fix game mechanics.
If you read the README file, especially the translators notes, you'd notice that this was the fault of the original game's script (Really? They talked about one of the staff member's pubes?). There is even dialog that's not even used in the final game, but left in the code. Personally, I think satsu did a great job with the mess that is Energy Breaker's original script.

The pubes dialogue would have only ever been visible to the debuggers. It's in a block of Irene's dialogue:

There are other things like a shopkeeper mentioning a guy called Naoyuki came to buy a Lum bath towel, or other bits of cheeky dialogue - here's another one from Irene's dialogue:

わたしのヒミツ……
あそこに、ホクロがあるのよ〜〜
I've got a mole right on my...!
It's my little secret.

You can imagine what a pain in the arse this all was given the sheer volume of text. The people in Olga Town change their conversations with pretty much every event flag, it seems. You can actually miss stuff by not going counterintuitively going back to town in the middle of a quest.
19

First, the numbers have to be 8x16 pixels, and bad things happen if you go over that: Second, the font needs to be the same size for the title and body text, or it looks goofy: An additional problem is that the chancery-style font was very tall due to its sweeping style, but you only have a row of 16 pixels for each line of text. This means you need to make the descenders and such fit into that row, and the only way to do that is to reduce the font size. Because it gets displayed in four colours, you lose a lot of definition and it gets hard to read on some screens.

In the end, I threw my hands up in the air and redid the whole set of graphics these Mission Orders screens are composited from: There's an issue present in the original game where some colours get dropped depending on the background, and I think this graphic holds up better in the face of that issue: It's not as fancy as the original graphics, but it's more legible and at least it fixes the problem with the bloody numbers.
Pages: [1] 2 3 4