Edit: I also forgot to mention that "Canaan Islands" is probably either a reference to the Canaan settlement on the island of Saint Croix (in the United States Virgin Islands) or to the Canary Islands. That would seem to match the whole Spanish and Mediterranean theme in that area of the game (where Europe is supposed to be).

More likely the former; the Vortex of Canaan is likely supposed to be a reference the Bermuda Triangle.
62

« on: May 01, 2019, 10:08:38 pm »
Today in "projects that aren't dead, actually" here's DBZ Butoden 2, with the text translated from the Japanese by TheMajinZenki a couple of months ago. Completed the proportional font hack and automatic text formatter, all of which is probably more effort than I was originally planning on putting into it, but hey, it's actually got an incredibly ambitious visual-novel-style story mode to it. Anyway, here are some font options. 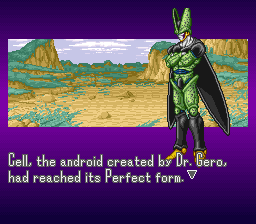 The Font I Was Going To Use For Fire Emblem: 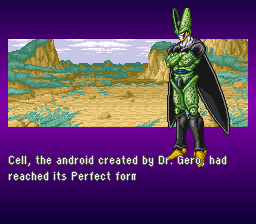 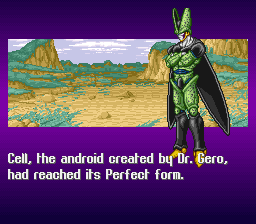 Legend of Zelda: A Link to the Past 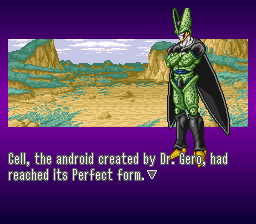 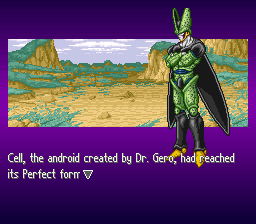 As you can see from the occasional cut-off tile, the font code isn't 100% perfect yet. But it's pretty damn close.
63

Well that sounds like an unintentionally terrible name for a place.
I mean, I see what they were probably thinking. ("let's base it on a real place but change one letter so it's not")

This is pretty standard. The entire Ys world is based loosely on medieval Europe. Xandria (Alexandria), Romn/the Romun Empire (Rome/Roman Empire), Garman (Germany), Altago (Carthage), etc.
https://isu.fandom.com/wiki/Ys_World
Ys itself is based on a mythical city that supposedly sunk off the coast of France.
https://en.wikipedia.org/wiki/Baie_de_Douarnenez
64

Newcomer's Board / Re: Problem uploading files...

Gaming Discussion / Re: FF9 on the Nintendo Switch

It's ATB like a Final Fantasy game, except you only control the one character (Edge and his dragon.) You have three ATB bars, which stock consecutively. Basic attacks take one bar, whilst magic takes two or three. Later in the game you get the ability to change your dragon's form, which customizes its stats and magic, and grants you a bonus if you let all three bars fill up (I'm fond of the one that slowly recharges your MP.) Your basic attacks include a targeted shot for pinpoint focus, or a homing laser that hits a wide range of targets but can't be focused.

Battle is in four quadrants, each colored green (safe), transparent (mildly dangerous), or red (seriously dangerous.) You can move freely between them, but your ATB doesn't charge while you're moving. The enemy can move too, which you can see in the linked video; the speedier switches are the player moving, while the slower ones are the enemy. Enemies usually have weak spots, but these are frequently in red zones; the strategy is generally to let your ATB charge in a green zone, then move to hit the weak spot, blast it, then move out as quickly as you can. Sometimes this manifests as a big red "WEAK" target, sometimes it's a single enemy in a swarm that when shot down causes the swarm to disperse. Sometimes one of the quadrants is blocked by terrain and can't be entered. On top of all this, the game ranks your performance in each battle scenario, and you get better rewards for finishing faster and more efficiently.

ROM Hacking Discussion / Re: Need advice on a sensitive topic for a retranslation.

LadyStalker, coming in 20xx from Gideon.
Including a character named Cocks (surely a misunderstood spelling of Cooks).

A flamboyantly gay character, no less. There's a bunch of ways you could romanize コックス. We've gone with "Cox", but "Kochs" would also be acceptable.
70

Congrats on the release! 2018 has been a very good year for SNES translations indeed!

Yeah, this wasn't intended, and is an artifact of the new build system I'm using; I had music persistence integrated into the build for testing purposes, and must have forgotten to turn it off. If you really want to remove music persistence though, the undo patch should still work as intended. I'll update the main patch at some point to fix this. 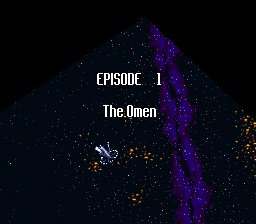 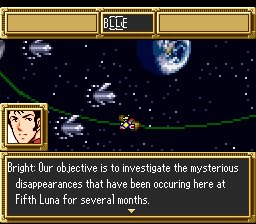 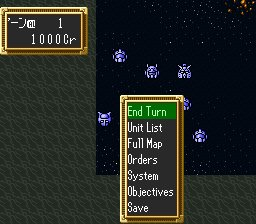 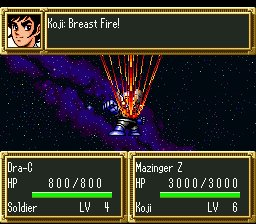 Sorry for the late reply, but I got the SRW3 logo added to the game. 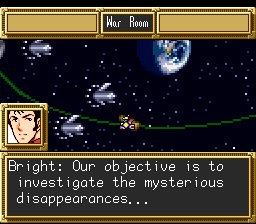 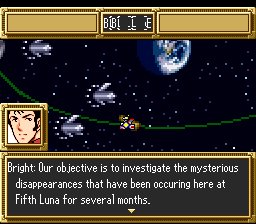 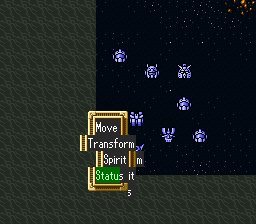 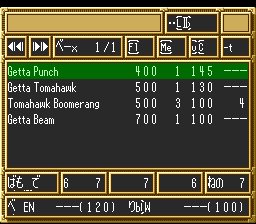 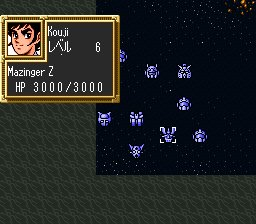 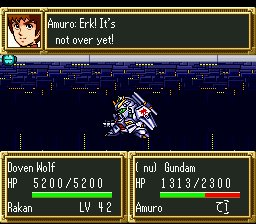 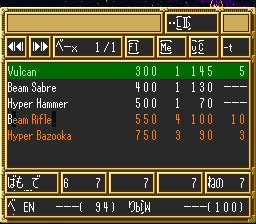 These encompass the following milestones:
1) SRW3's build system has been redone, and most (but not all) of the unedited, unfixed text inserts into the new version.
2) SRW EX's font code has been ported to SRW3 without any notable challenges.

Maybe three days' total worth of writing utilities, porting code, examining the old build and moving data around. The actual font hack, since it's literally EX's code copy/pasted into SRW3, took about two hours. There are still some technical challenges present (menus that need expansion, variable strings that need fixing like in that last image) but these are nothing that hadn't already been solved for EX and won't pose any significant barrier. There's also a lot more work to do fixing incorrect names and such, but it's a damn good start for just a couple of days' worth of off-time work.
76

(I will say one thing about Xeno though, it made me want to get back to work on 2.)

Can I ask why you went with "Hanta" as the default player name instead of "Hunter" or something along those lines?
77

You can only save in towns except toward the end. Most dungeons are rather short, however I think you might need savestates if you only have short play sessions.

Not short - my commute is a 40+ minute bus ride in either direction - but it's difficult to time getting back to a town with arrival at my stop. Yeah, might end up with savestates.