Guys what do you think about this modified Titlescreen for the uncut version? 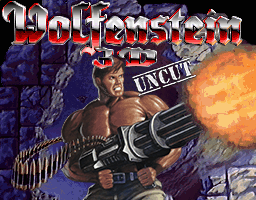 That way it fits to the Box and Manual Art.
It is still WIP.

I guess my issue is what I mentioned when I posted the box art I submitted. The image of BJ with the chaingun being used in the PAL box art, manual, and this new screen is not the original art. It is, in my opinion, a poor copy of the original painting made by a lesser artist taken from the March 1994 issue of Nintendo Power. It's like they took a screenshot of the title, where the original art was rendered at the SNES internal resolution of 8:7, then stretched to 4:3, and somebody with less skill traced over it.
2

« on: July 24, 2020, 02:03:18 am »
Hey there, @DarkSamus993. Wondering if you might come back to finish this. It's been a few years, and this was a really good project. It's one that I'm keen to see completed. I see you recently posted a hack for Dracula X and are still active. Just want to try to encourage this project not to be forgotten. I appreciate your work and hope you might be feeling up to it once again.
4

« on: August 14, 2019, 05:23:58 pm »
Thought I'd throw a contribution in with an alternative US-based cover art design. The image of BJ Fire-WSP is using in the PAL-based cover comes from the Wolfenstein coverage in the March 1994 issue of Nintendo Power. Upon closer inspection, while similar, it's not the original painting that appears on the title screen. I tried to track down a high quality original image of that work, but the best I could find of the full image was a picture of a t-shirt John Romero sold on ebay that Apogee had made in 1992. So, I worked from that. I worked at print size resolution, but it can easily be reduced for canoe, retroarch, etc. I think it looks quite good scaled down. 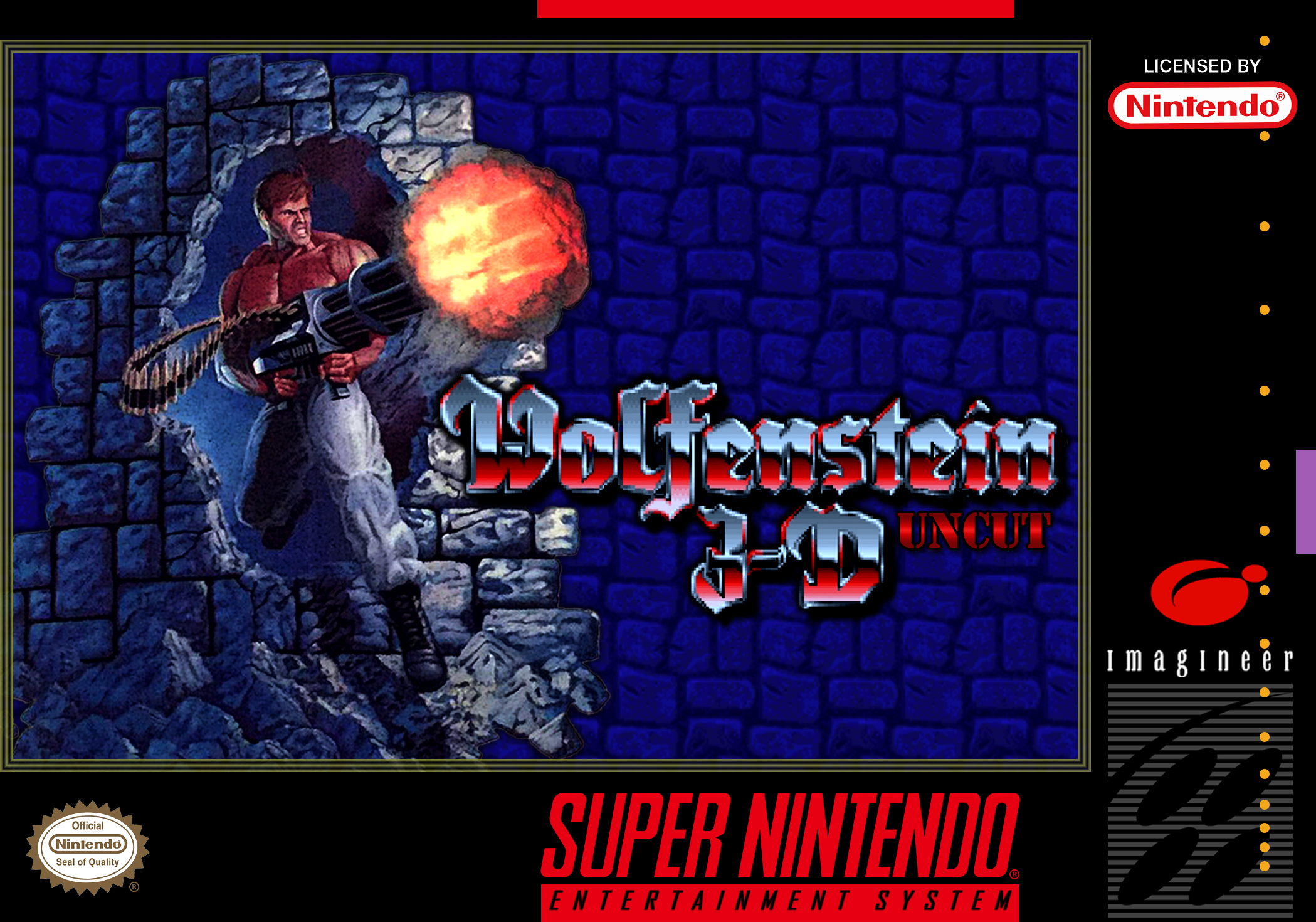 I hope this project comes back from its long hiatus. Been a little under a year since I last checked in. How you doing DarkSamus993? Still planing on returning? There's a lot of good stuff here. I hope to see it finished.
6

I don't know what happened to this project, me along with other members were working on it, then everything got quiet.

I have also been wondering what's going on with this project. It seemed very far along. I tried to post here a while back, offering help, and inquiring about how the music tracks were being handled, but I guess since the thread had been quiet for a while, my message was not approved. I sent everyone who had worked on it a message. Shadowhazard said fireWSP would get in touch, but I never heard back from anyone else.

Anybody with any insight into the current status, if you're alive, would you mind posting an update with where things stand or what needs to be done? I did a couple MSU-1 music packs, and was able to test out the MSU patch with one of the graphics uncensoring builds, which was pretty rad.
9

So far, posting here seems a little hit and miss. I made my first post patch submission in March, my first forum comment in April. Each comment that I've made, it has had to be approved by a moderator before it can show up. Is there a way to raise my ranking so I can just converse without having to wait for approval? It seems a little self defeating if the only way to get out from under that is just to post more, but I feel discouraged if I do post, due to the restriction. I don't know what I have to do.

Yesterday I made a comment in this thread for the Wolfenstein 3D Uncut project. It's been quiet in that thread for a while (over 60 days), so I was greeted with the "Unless you're sure you want to reply..." message, but that is, as far as I can tell, the one place where that conversation has been happening. I realize it's a rule of thumb not to resurrect old threads, but the last active activity was in June, not that long ago, so, yes, I was sure I wanted to reply. I wanted to see what the project status is, as I don't know how else to get in contact with all the people involved, and see if I could help. I commented, awaited approval, and I guess my post wasn't approved, because a while later, it just vanished. I didn't get a notification, or anything. I'm not sure what happened there, or what I should have done differently.

So, since that route did not work, I sent a PM to all the active participants in the Wolfenstein Uncut project. But when I look in "Sent Items" it does not show that I sent anything, so I don't know if it actually went out, or if, as a Newbie status, I can't send PMs.
10

For the 2 missing FMVs from the Steam release what do you plan on using for the source? Anything different with the way you'll handle the conversion on those?
11

Say, whatever happened to the missing FMVs in the re-release? Anybody ever find them, or come up with a workable solution?
12

« on: May 08, 2018, 12:21:16 am »
@SandmanLobo msupcm++ supports WAV files. As long as the tracks are named properly, if the tracks are identical, same waveforms in the same time and place, other than the method of encoding, that should work. If there's any variance, like amount of silence leading the tracks, that would throw it off. Try it, and see.

You can use qwerty's pcm audio plugin to play back your tracks and see if they loop and fade properly, and such.
13

« on: April 24, 2018, 08:38:54 pm »
I'm finally getting around to playing this and testing this out. I've been anticipating your work on this since I first took notice of the project in 2016, and it was the reason I got an SD2SNES to begin with. When I first started following the project, the intro FMV wasn't posted without being in the closed beta, and I remember having some difficulty trying to figure out how to convert the Blake Robinson symphony, which I've had since then, but yesterday, I converted it and patched it up. Everything is working as it should.

I'll play through, and note any bugs that stand out. I'll hit you up when I get through to the the Proto Dome.
April 26, 2018, 05:39:37 pm - (Auto Merged - Double Posts are not allowed before 7 days.)I've been playing through and testing things out. I have a save here outside the Proto Dome. So far, I haven't run into any glaring bugs, but I may have to go back through and watch for any of the specific cases, like some of the instances skins4thewin listed and see if they are repeatable.

I had been playing with the Blake Robinson symphony, but swapped out for Dracula9AntiChapel's once I got to 2300AD. I think I prefer Dracula's tracks for actually playing with the game, more like the original, just enhanced quality.

I'd love to be able to to test out the rest of the work in progress FMVs, if I could. I'll continue to note anything I come across that's out of sorts, and report back. Really looking forward to the eventual completion of the project, and happy to do what I can to contribute.

Once all is said and done, if this could be combined with Chronosplit's bugfix, I think this'll be the definitive version of the game.
Pages: [1]