A good way to know if a game is appreciated by the general public (and not just somebody in particular) (what you seem to refer to as "authority") is to look at Gamefaqs reviews and Mobgames' Moby-score feature. In order to claim a RPG is one of the worst we ever played, it needs to score very low by those measure, not just some random guy in the internet saying "this game suxxx".

That's just you trying to impose your interpretation of the question and your view of particular gaming sites as some sort of pseudo objective standard here on this thread. I would already question the use of the word "general public" here when considering their audience even if I'd (hypothetically) be accepting the premise of such a consenus being the implication of the question posed.
3

Gaming Discussion / Re: Post your PC specs! (The Performance Thread)

Can you think of anything offhand that I could do, software-wise, that would streamline my comp for gaming? The PSU won't handle anything with a power requirement greater than 300W, so as far as GPU, I'm kind of stuck. I've considered two major options:

- Switch to an equivalent AMD card and see if it performs better.
- Purchase four new sticks of RAM that are actually identical (the four that are in there are actually two at 667 Mhz and two at 545 Mhz, and all are used).

I guess I could probably do with another HDD by this point, as well, but once again, I'm limited by what my PSU can do.

Nah, you can put better GPUs in there, people put GTX 1050 in these HP PCs with low power PSUs. E.g.
https://www.youtube.com/watch?v=XnBMkOO34Nk

If you want to be careful, a less power demanding GT 1030 will already outperform your current GPU by ~4x times as per benchmarks.
I'd rather save a bit of money though, at this point you could probably get a much better total system used and put a new GPU in there.

His HP machine might have propietary connectors, which means you can't easily replace it without an adapter. These exist, I don't recall how easy or difficult they are to find.
4

For playing from there, you can transfer the extracted files to a folder (maybe this depends on the mod), then start the executable. I think some games might need a hdd fix or something when you directly transfer from original DVD, I usually got mine from the web and never had to patch them. I can't transfer my originals directly because of the broken drive now anyway, so I use the FTP method.

« on: December 18, 2019, 01:19:31 pm »
I've used Qwix for XBox ISO Operations in the past. I don't recall if I ever used it to rebuild from files to ISO though (it does have a create ISO option), because usually I just transfer the files directly to the XBox HDD and play from there. I can't even play from disc these days, as the drive tray won't open anymore. From what I've read, this is a common thing. If for some reason you could only play the translation from disc, that would actually be bad for that reason.
7

Or, some tweakable shaders.

What do you think of these? 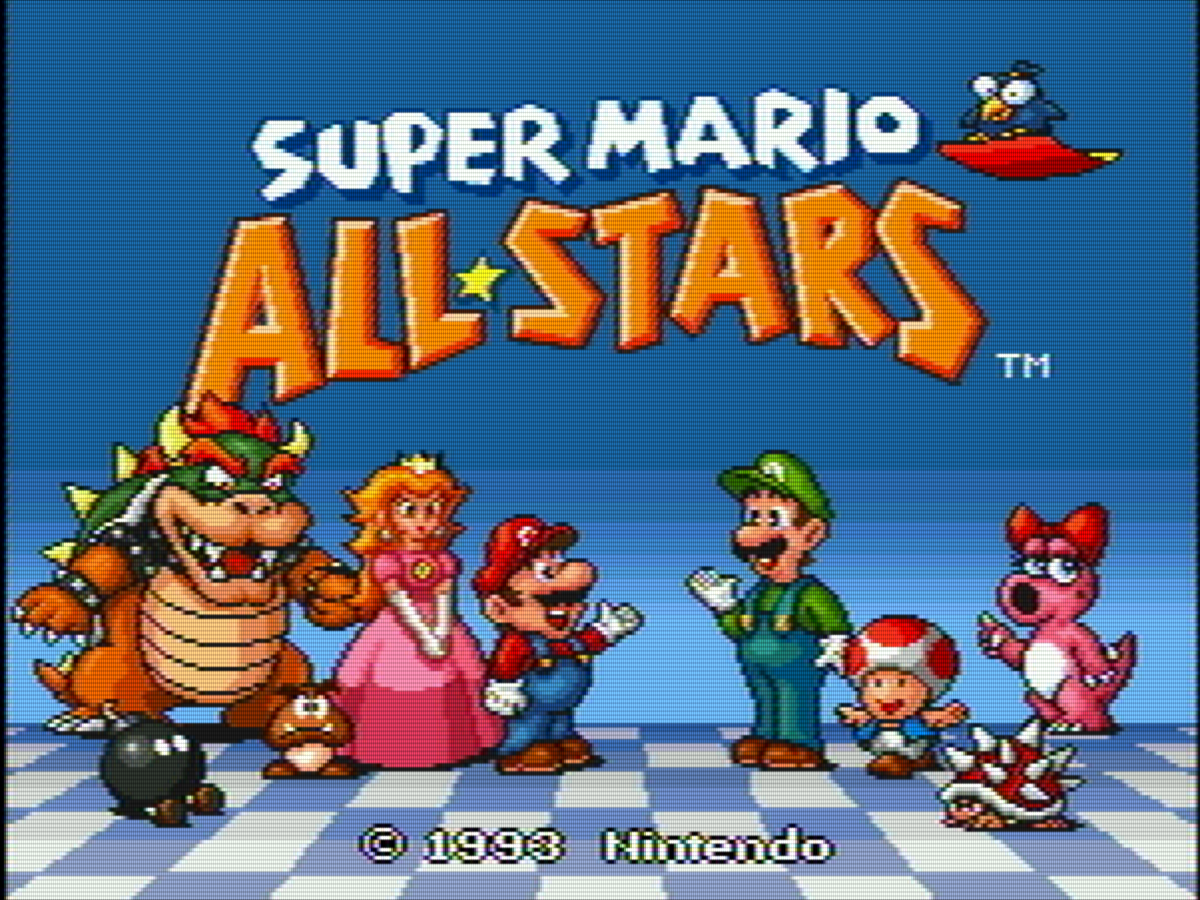 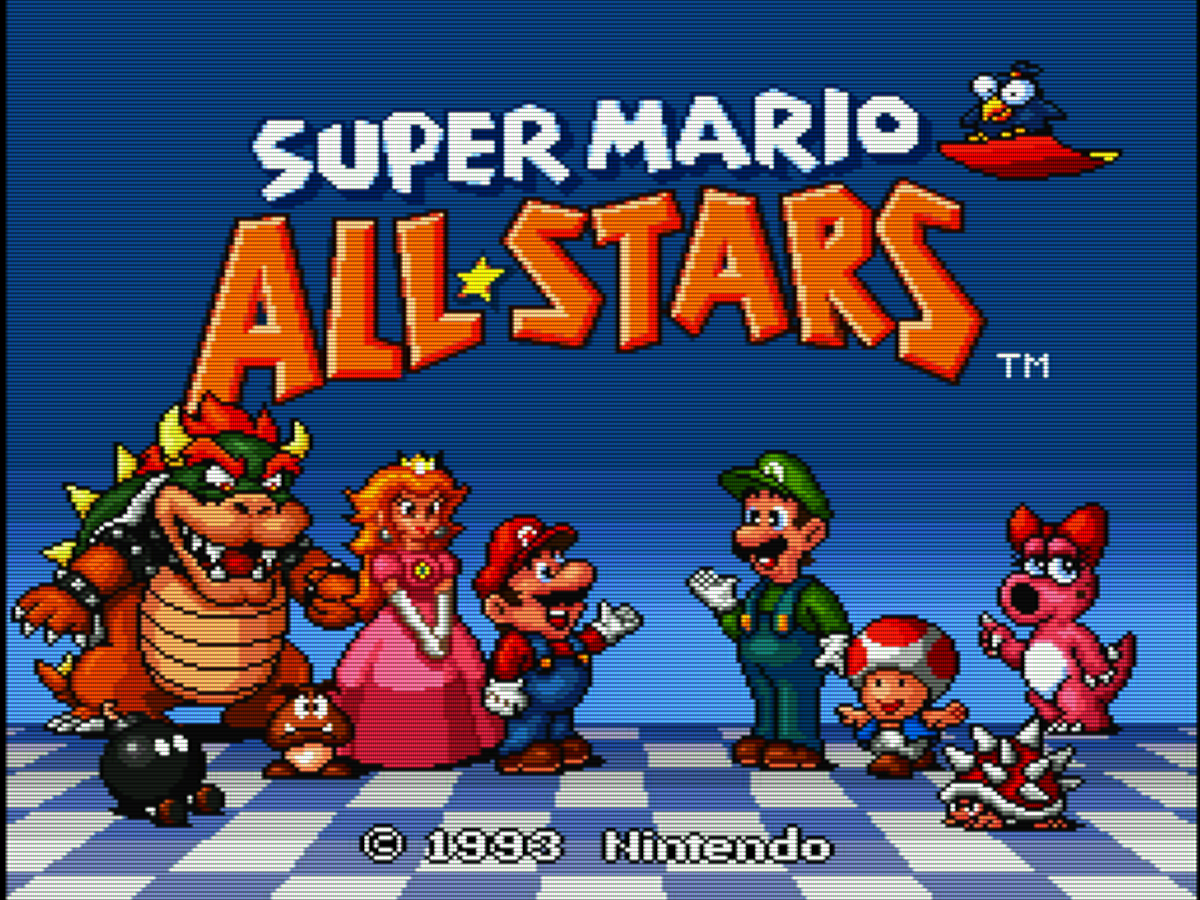 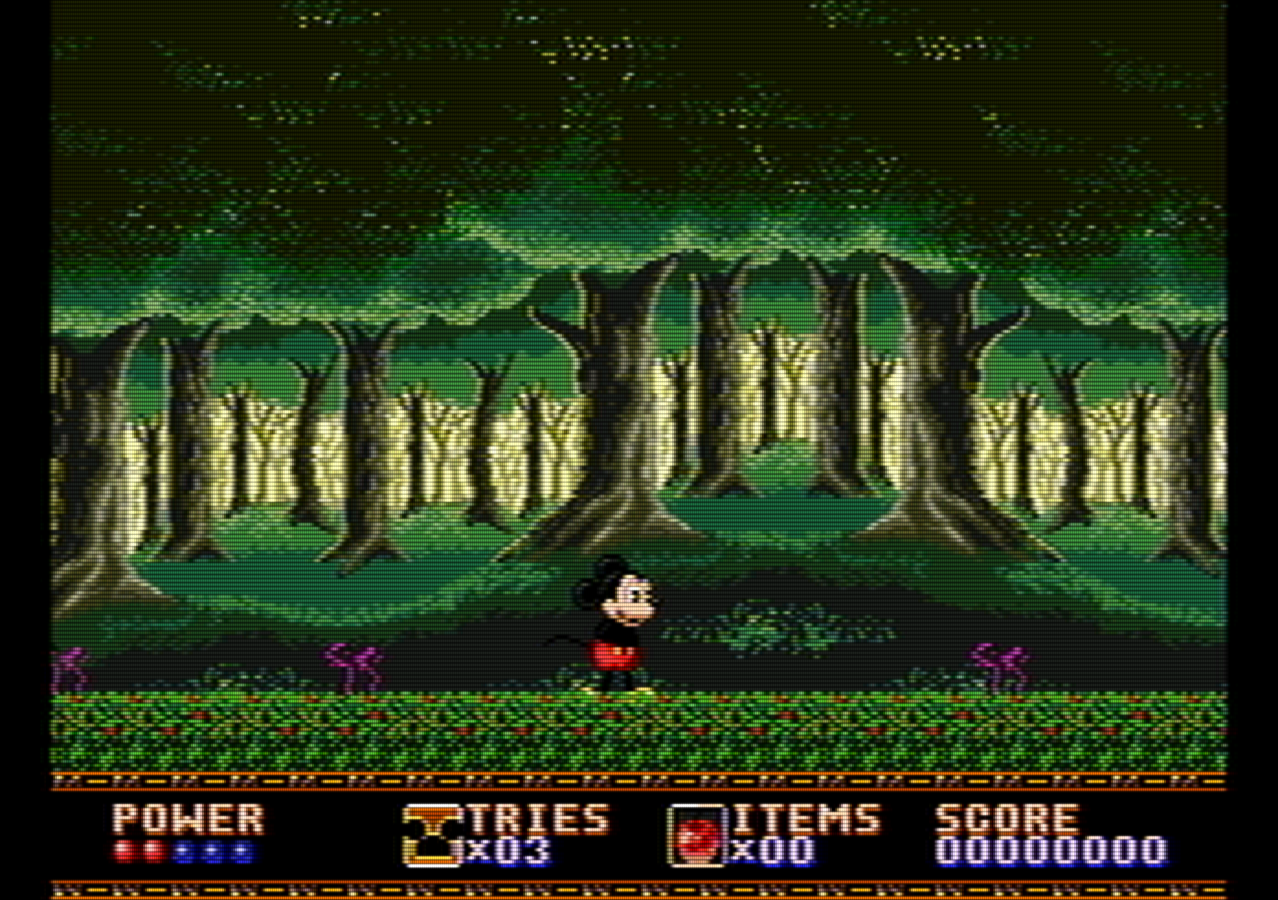 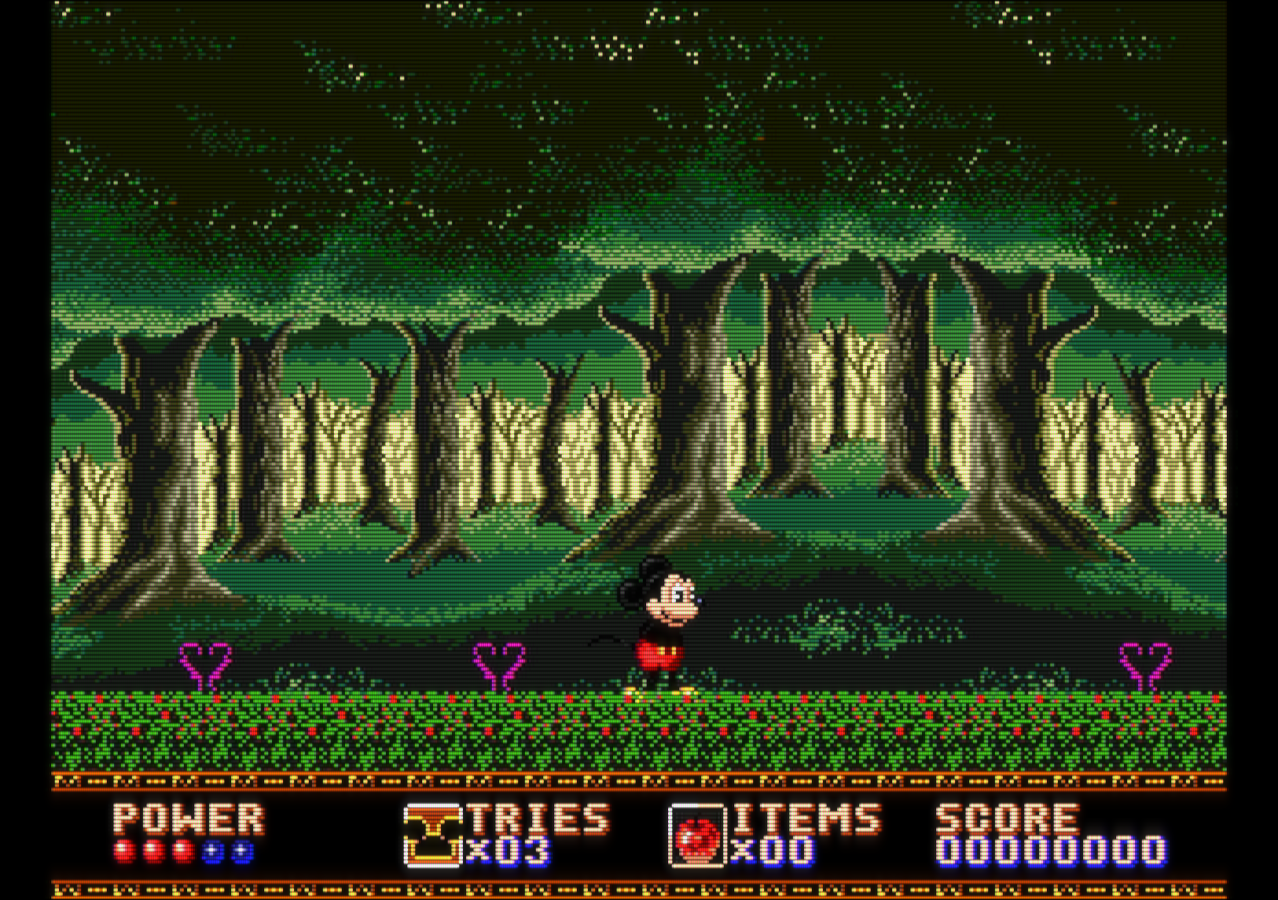 I have a decent CRT made by Toshiba in April 1994 now, and I have to say that whoever is designing these shaders/filters/whathaveyou is exaggerating greatly.

I suspect this is least in part because earlier consumer TVs were off much lower quality. It would be more apt to make a comparsion to something like 10 years older.

How shaders and filters look also very much depends on the modern display in question, viewing distance, whatever. I found monitor vs HDTV makes quite the difference.

I've also used composite filters directly on my CRT TV (~2000model) when connected via RGB. This makes it look quite similar to the real composite connections there.

« on: October 16, 2019, 02:46:50 pm »
Pixel aspect of the Game Gear is different from the GB. So it needs to be scaled differently as well. I don't see the appeal even when res is multiplied cleanly though, to me it looks bad anyway if you don't use sort of filter/adjustable scanlines or shaders these days.
11

« on: October 10, 2019, 08:36:29 am »
He was pissed of about the handling of certain content on the site, according to what he says elsewhere anyway. I wasn't a witness to his banning. You can contact him as stated via twitter or e-mail.
12

Out of nowhere - great

« on: May 31, 2019, 07:01:29 pm »
I heard of the Colour Genie before, but didn't know there was a dedicated emulator until just now. If you haven't tried it yet, you could check out MAME/MESS for it. It's supposed to support WAV directly, there's apparently also a generic cassette conversion tool, possibly debugging and other useful functions etc.
14

Gaming Discussion / Re: The different versions of Castlevania: Symphony of the Night

No "p",  the p (rogressive) is relevant for vertical res. The mismatch in the case for the Saturn is horizontal (there's no 256 horizontal mode on that console).
With that in mind the description for the Vita version isn't entirely clear.

Gaming Discussion / Re: Next Generation's Romhacking

Gaming Discussion / Re: Emulation on Linux

Just how useful are old versions of distros for ancient hardware without persistent online access? I've turned a thin client into a Win98 SE machine, but I've found that e.g. a Knoppix distro from 2011 also would still run on it. There are also small distros like Tinycore, but from what I've read, they're not really for beginners.
Knoppix has the advantage that it comes on a DVD with a lot of programs right at the start.
It's Debian based. Is it just a matter of finding old compatible packages and the necessary dependencies? Basically, what determines compatibility for a distro?

Gaming Discussion / Re: Will we ever see PC Engine CD more epic translations?

That's cool. It looks he'll only be able to insert a French script anytime soon though, bummer.

I hope there'll be the some news from the Legend of Xanadu next year, it's been a while.
19

« on: November 28, 2018, 02:41:10 pm »
"IBM-PC compatible"  was mostly a thing because of other x86 computers which were PC-DOS (or MS-DOS) compatible through their own versions but not 100% compatible with the IBM PC.
HP for example even sold a machine with a touch screen !
Unlike in Japan, none of the incompatibles took off in the west, by the middle of the 80s it was clear that a x86 machine needed full compatibility.
In Europe, IBM's own machines didn't have that much impact at first and the home market was eventually shared with the Amiga and ST for a while, after the 8bit market became secondary. In the US, Amiga and especially ST were more niche and the Mac stronger. But the 68K machines were their own thing everywhere and faded out during the 90s.

Gaming Discussion / Re: The PS1 Classic

Is anyone saying anything about the emulation quality, aside from this PAL issue?  I doubt there would be many complaints at all if it simply didn't have such a questionable selection of games.

Eurogamer mentioned that NTSC is also affected:
"Remarkably, even the NTSC games have issues. You can see that with the performance snapshot of R4 Ridge Racer Type 4 embedded below. Original hardware runs this title locked at 30fps with perfect frame-pacing - a new frame is delivered every two screen refreshes without fail. Running under emulation on the PlayStation Classic, not only are frames delivered with 'blips' adding some stutter, but there also appear to be performance dips too - which do not occur in the game running on original hardware. So even if Sony had delivered a full NTSC line-up, we'd still have problems with this product falling short of the quality delivered by the actual PlayStation"