« on: April 14, 2018, 02:12:13 am »
Been a long while since I did some rom hacking, but lately I've been back into playing NES on my Powerpak and I noticed that Super Mario Unlimited doesn't look that great using the actual hardware.  All of the color choices were made using FCEUX default palette, which is way off from the hardware. So the colors need to be updated.. and while I'm at it, might as well fix a few other little things which have bugged me since I released the game

1. Update colors and graphics to look best on real hardware
2. Change hidden power up blocks (which are unlocked by collecting mario coins) to be visible instead of hidden.  This way it will be more obvious what the point of collecting the mario coins is
3. Add an attempts counter/death counter
4. Change the 100 coin invincibility (star man) to just invulnerability (like when you get hit).. this way when you collect the 100th coin in midair, you will still be able to stomp and jump off enemies
5. Maybe make a few of the mario coins easier to collect.. there's as least once which is super tricky

If you've played the original hack and have any other suggestions for changes, please feel free to mention them.  It's still supposed to be the same game so I'm not going to make any major changes, just want to give it a little more polish 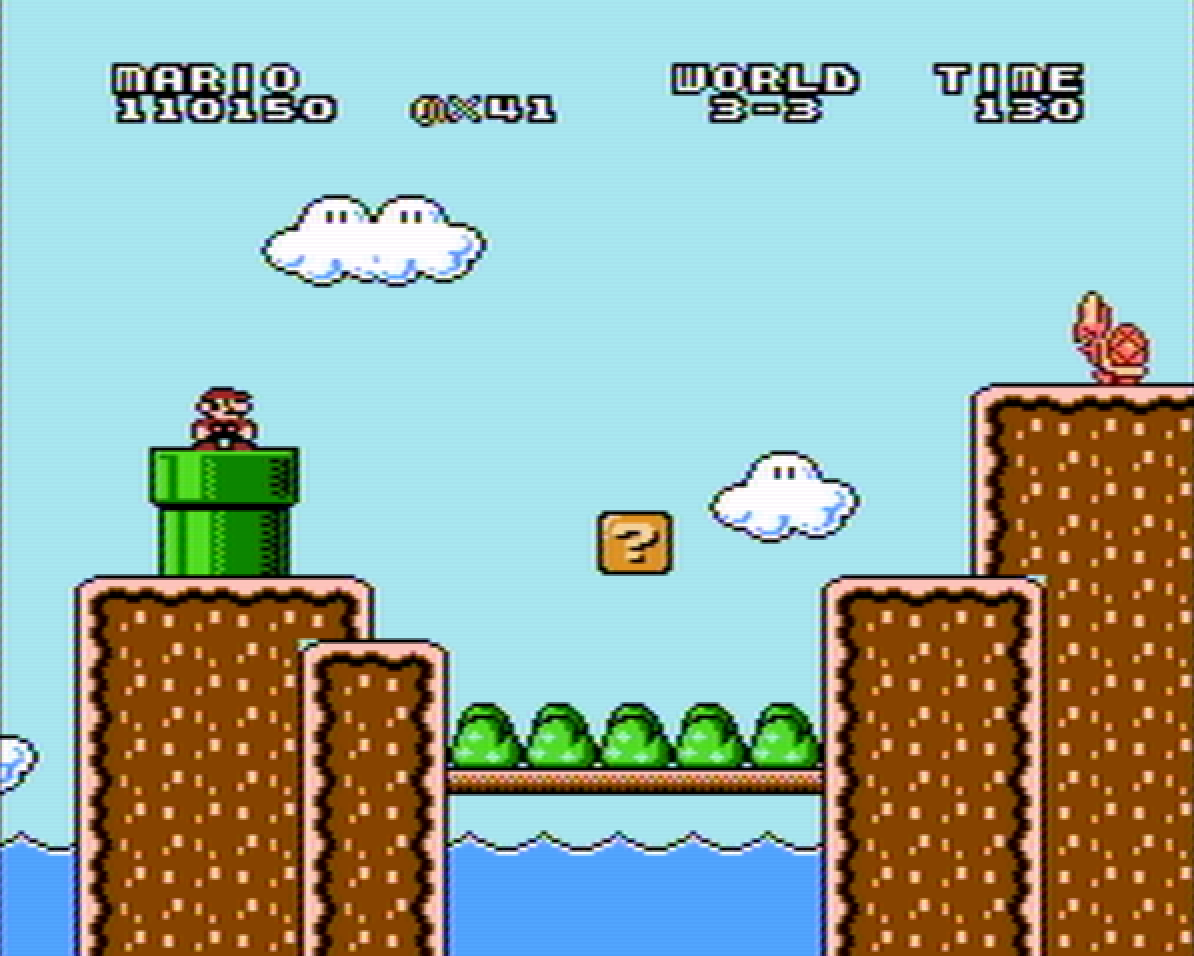 
Features:
* produces instantly re-assemblable code (without any human modification)
* iNES header support
* Can export CHR-ROM
* can use optional NES registers
* can use custom defined labels
* can use FCEUDX code/data logs


The output can be reassembled using ASM6.  I've tested it with a handful of roms and so far every mapper 0 rom has assembled into a 1:1 copy of the original. For 16k games that have 2 copies in in the .nes file, it will tweak the iNes header from 2 prg banks to 1 unless you disable 16k checking

Please let  me know about any bugs and any suggestions you have.

Some future ideas:
* may add  support for mappers

I've been working on this SMB hack for a rediculously long time now. I made a simple graphics and level hack in 2004 called Super Mario 5000.. after that I started learning assembly and started on a more ambitious new hack "Super Mario Forever" Well I cursed myself by naming it after Duke Nukem Forever cause I got stuck in development lol.  Recently I started working on it again, only to discover there is already another hack named SMForever so I chose a new name Super Mario Unlimited.

Some current and planned features include:

* 32 all new levels (31 completely unique levels) with fun and attractive layouts ranging from easy to somewhat challenging. [update july 2008:  now 40 completely unique levels with twice as many objects and enemies as SMB]
* Themed worlds with different palettes and looks (Mushroom kingdom, desert, ocean, mountain top, lower sky, upper sky, outer fortress, inner fortress) [update 2008: Mushroom kingdom, desert, ocean, mountains, cliffs, clouds, Bowser's sewer, Bowser's fortress]
* Tweaked controls including super stomp jump like in smb3/smw, faster running and quicker acceleration which means the ability to jump farther as well.
* Two new power ups: stopwatch (freezes enemies like from smb2) and Mushroom retainer idol (gives invulnerability for a while)
* Unlimited lives
* Collect 100 coins for invincibility (this is good for those levels which you just can't beat.. eventually you collect 100 coins and can get past tough spots)
* All new graphics and backgrounds (no more ugly bricks at all!) with animation
* Many other changes and tweaks

Level design is about 1/3 complete, and I've got some more assembly hacking to do as well.  I'm sure I'll mess with the graphics a bit more before it's released as well but right now I'm pretty happy with it; I just need to keep working on it

.  I'm hoping to finish before summer 2008 depending on how much time I have and how many features I want to implement.

Here are some recent screen shots