I'm not really looking to take on anything larger than a small support role when it comes to a separate pack for this game at this time. Having said that, if someone put together the art, I would be willing to help show them how to implement it in a new pack. Doing so should be relatively straightforward because the programing groundwork has already been established with this version (with the help of a few individuals). I can't speak for everyone right now. But, on my end, I don't mind if that programming groundwork was reused. I have a feeling everyone else that contributed wouldn't mind either if credit was provided.

Is it possible to do a modern take on this and Zelda 2 by which I mean do a 1:1 of the illustrations and basically make it like an interactive anime or cartoon with cutscenes like how the recent dragon ball games look like the anime in video game form. I mean with a modern engine but with the basic original gameplay but updated slightly and no I don’t mean by using mesen I mean from scratch I wasn’t  asking you if you could do it this time I was asking if it’s possible. that I think would be pretty awesome.
3

« on: December 02, 2021, 02:52:00 pm »
Yeah I agree they might have overdone the master sword and the Oracle games are a little bit of an oddity because ganon wasn’t fully resurrected but overall I agree Nintendo made the master sword too special.
5

« on: November 30, 2021, 01:53:27 pm »
Ok the only reason is it seems odd when it’s place in the timeline is set after ocarina of time and a link to the past that the main sword that’s know to be tied to the defeat of ganon is the master sword. also Zelda 1 and 2 were made before the master sword existed so was the magical sword just the original name of the master sword before it got the name the master sword or what? I don’t know how the canon of Zelda works anymore.
7

« on: October 31, 2021, 12:47:11 pm »
I wish the all the film elements could be found and unlikely as is to happen get a uhd hdr version. I hate that Disney had to be the company that owns it. I wish a cult classic boutique home media company got the rights.
10

Are there still plans for this extended cut to get an official release at some point?

It’s on the recently released Australian blu ray of the super Mario bros the movie just not cleaned up like the version you saw it’s rougher. Also the blu ray is region free in case you were wondering.
11

« on: September 28, 2021, 12:32:09 am »
Is there a way to get wb to start a Kickstarter to gage interest in a remaster of The adventures of Batman and Robin sega cd cutscenes. it was new animated from the same animation studio who did the show tms.
14

That's kinda irrelevant to your first question, though. You may like graphical upgrades, but that doesn't mean a hack needs to have one for it to be called "Redux."

On the other hand, nowhere do I see you imply 8 bit is bad, or that Zelda 1 looks bad.

I like 8 bit but at the same time when it comes to certain games I’d like 16 bit or greater. because some games not only would it benefit from a graphical upgrade but you get closer to the vision of what the creator had in mind. but limitations keep them from reach that goal etc. that’s all. Also I never thought zelda 1 or zelda 2 looked bad just very dated compared to if they got worldwide remakes.
15

Gaming Discussion / Re: In the translation wiki can I login in with this forum login?

Data Crystal? No, you will need to contact someone on the site's discord in #datacrystal for more information.

I’m all setup now I just logged in now I like to know where do you talk on there?
16

Gaming Discussion / In the translation wiki can I login in with this forum login?

Gaming Discussion / Don’t know if this is the right place what happened to glitterberri?

1. The word "Redux" doesn't signify a graphical upgrade. It could be a graphical upgrade, but in this case, the focus is mainly on gameplay and mechanics.
2. Have you actually read through the enormous list of improvements for the Redux versions of all the Zelda games? Do you know why they were made?
3. It would be impossible to not use what you call "8-bit graphics". It's an NES game. It will have to run within the limitations of an NES.
4. In fact, there are a lot of graphical upgrades in this versions. Mostly improved sprite work.
5. What's wrong with "8-bit graphics"?
6: What's wrong with the graphics of The Legend of Zelda? It's a timeless classic. People still love the aesthetic of the original game.

Seems like you're hanging around threads asking for Mesen HD packs. That's cool, but you should make them yourself instead of continually asking for them, whilst also being a bit rude about the work that's been put into the projects.

Personally, I think the Mesen HD packs look like crap, and absolutely destroy the aesthetic of the classic games. But I don't bomb the threads about them telling people to "do this" or "do that". I think it's great that people can make what they like to make, or at least be helpful and supportive of the projects that suits their tastes.

I like 8 bit but some some games I’d like to see get upgraded to 16 bit or better. Also I didn’t mean sound rude the only 8 bit games I’d wouldn’t want upgraded to 16 bit or better. is if upgrading to these kind of graphics take away what made the original great. Also I use to really love nes graphics but I’d now prefer 16 bit or better in the way super Mario all stars upgraded the graphics yes the gameplay should be fixed in super Mario all stars. Most mesen packs I hate I’ve seen good 16 bit fan remakes of classic games like simons quest and castlevania 3.
19

I know the project is on hold, but I think a possible name for the full hack was mentioned in the thread 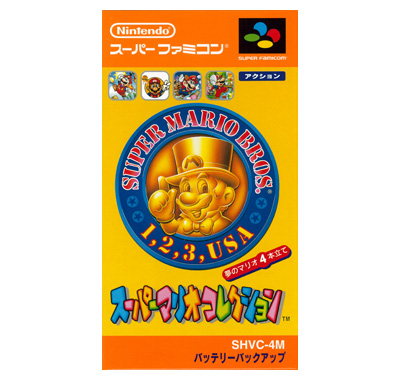