I’m not surprised stuff like this might happen to the additional mugshots, the implementation uses RAM addresses the original game didn’t use, surely for a reason. Some emulators might allow it, some don’t.

I was thinking about this, originally they don't have Dr Light and the Hunter mugshots, which I think when reading that part takes the image to use it as a base, but not being originally the code does not show it or if it does it comes out with the wrong color.I still need to update my emulators since there are more stable versions, don't worry Acediez this was my mistake for not checking my emulators

Which RetroArch core?
Did you get the issue both in RetroArch and ePSXe?

I just tested the uploaded patch with RetroArch Beetle PSX, did not get the issue.

yeap is the emulator the core of the RetroArch(PCSX ReARMed) sometimes do this in NEW3DS, in PC we need to change because epsxe is very unstable
3

Are you using the standalone patches, or did you make one through the patcher?
What system are you playing on?

i uses the standalone patches, the emulator...
in PC: epsxe
in NEW3DS: RetroArch
At the moment I do not have a PSP to review it

The patcher, i have not downloaded it yet, since i use your patches directly
4 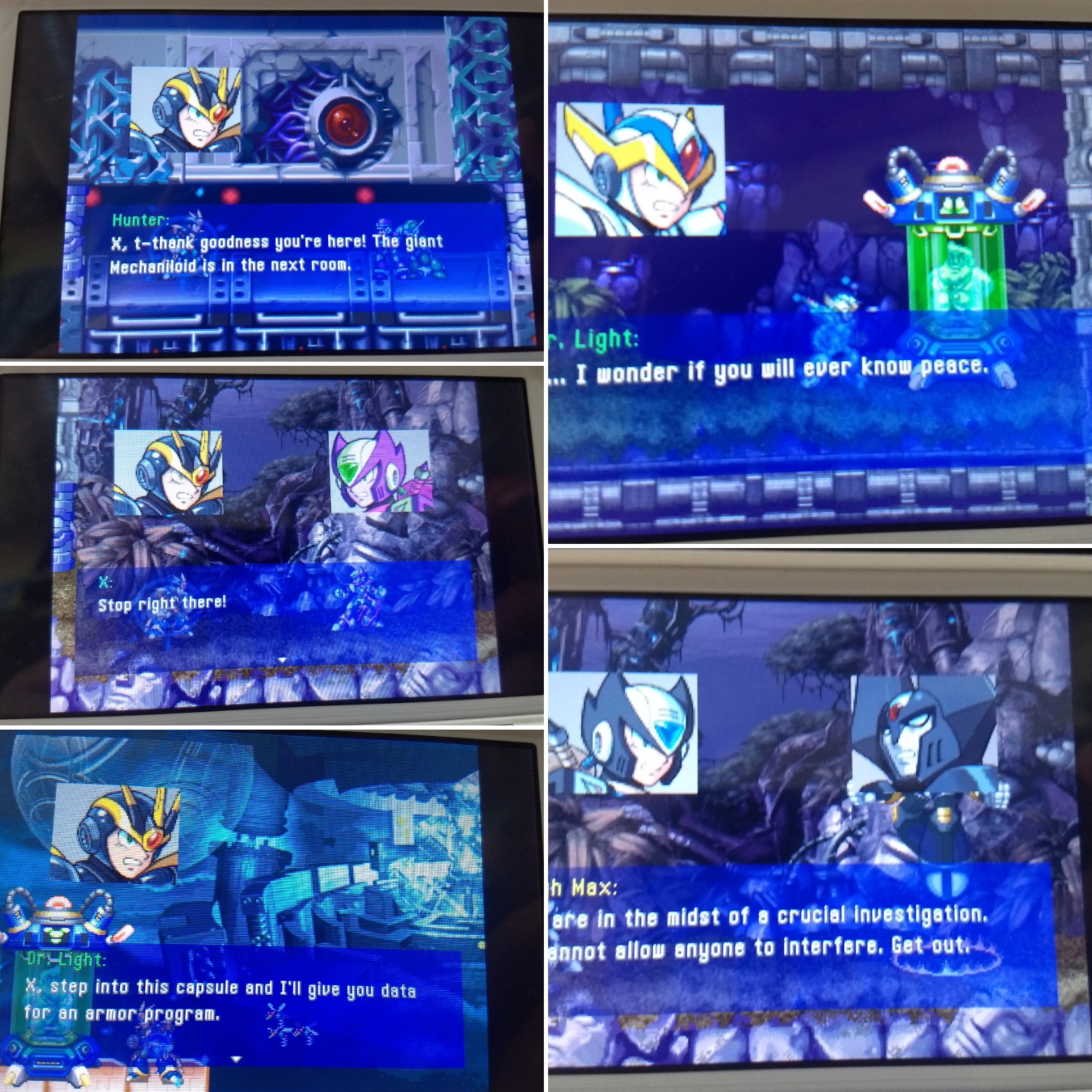 Dr Light and the Hunter from the opening scenario do not appear, I do not know if this is due to something in my converter or the emulator since I was seeing this very strange
5

« on: August 12, 2021, 03:18:57 am »
I understand that, but sometimes that effect feels annoying, although the programmers should have played more with this effect, since the beginning is something simple, here would put the effect of the enemies appearin, anyway
After a while I review this, that if hoping that there is no other update hehe
6

thanks!!
I don't know why Capcom put this slowdown, but in Megaman X Collection(no confuse with Megaman X Legacy Collection) this gimmick is remove, so thanks acediez

Bug report: whenever you defeat the second fase of U-5555 miniboss as X, it will stay in the destruction animation forever instead of continuing.

maybe is a bug in your emulator, i use X, X w/Fourth Armor, Ultimate Armor and don't happend this, the U-5555 go away after defeated 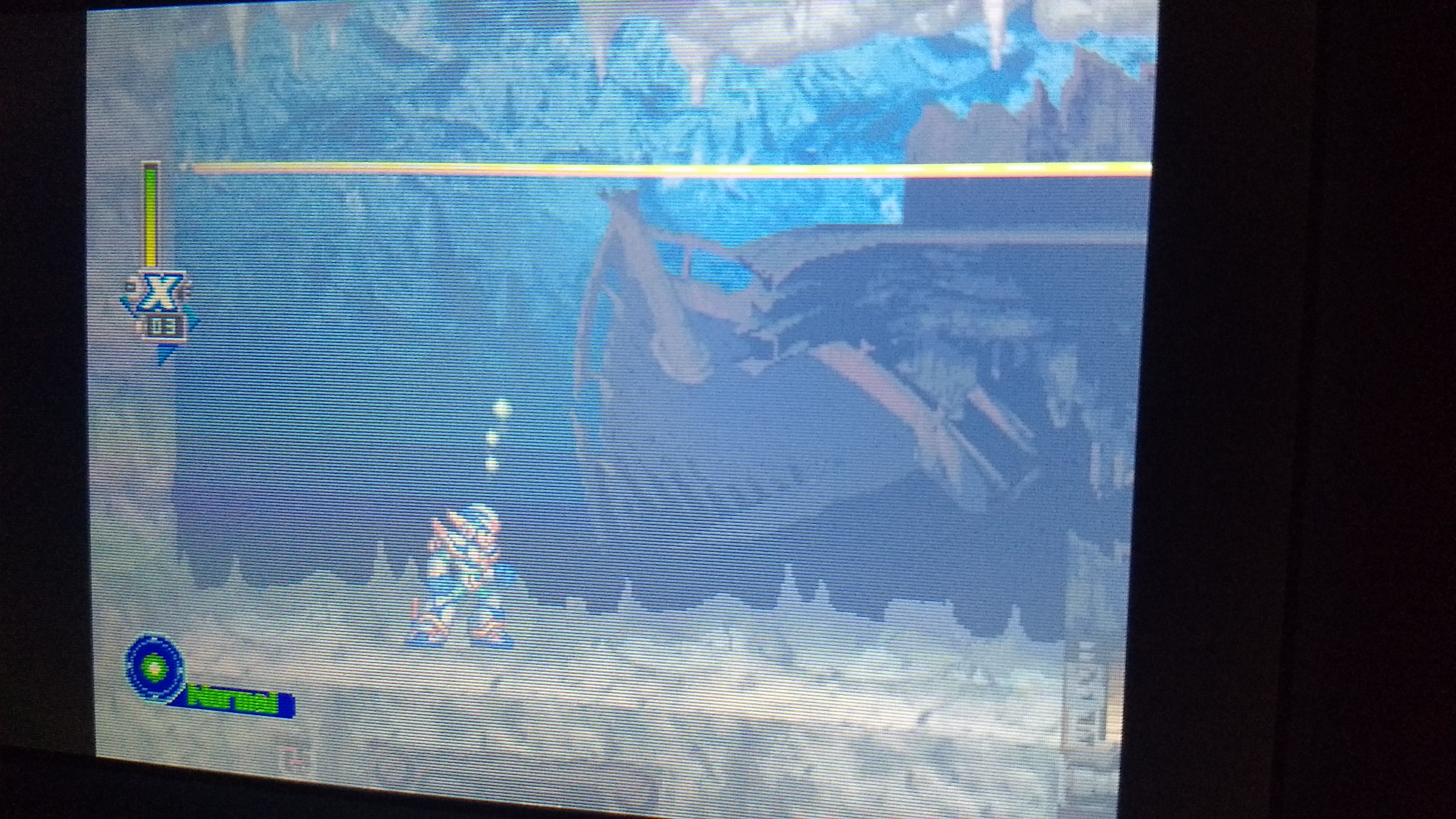 Did you make any manual hex edits?

Can someone tell me which path/s has the least backtracking with all the items? I will greatly appreciate it.

Just go with Zero and beat Cressent Grizzly, Volt Kraken, Shinning Firefly and Tidal Whale(use the attack of Shinning Firefly to get the final piece of armor with Zero)
Change to X use the Falcon Armor to get all parts of Gaea Armor beat BurnDinorex, Dark Necrobat, Spiked Rose and Spiral Pegasus(Just Fly to get the capsules of Dinorex, Pegasus and Spiked)
this path have less backtracking for the armors and heart pieces
9

Can we get a weapon to break that stupid wall at the end of the jet bike course?

It would be great but it would be to pass the stage very simple, it is like asking you to remove certain spikes in MMX4 to obtain the buster which would take away the challenge, although there I do feel that it would be fair to accommodate the hitbox because then you can hit the spike and it does not mark it as damage 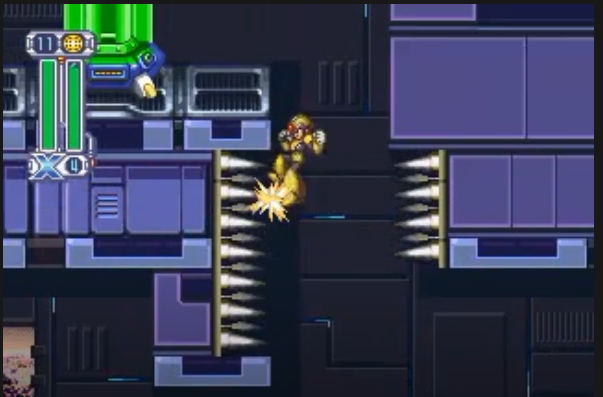 well that's another matter xD
Even so, lowering the number of orbs is fine since if there are two that are somewhat tricky to take
Quote from: acediez on August 11, 2021, 03:20:28 pm

I hope so, because my new2ds already asks me not so much update xD
nah it's not true, keep giving a great job to this game which if it had things very badly done and who better than us fans to fix this, especially you who are literally seeing the code, keep it up, here we are supporting you
10

For that last one... you say there are "a few", I only found one.
Besides that, it's all fixed. Updated to BETA 28
As long as it's working ok on the latest one, we're good

(archive.org is acting weird, my upload is stuck on queue, so BETA 28 is not up yet. I guess I'll just have to wait)

don't worry, here we will wait for the patch to be online, literally this has been a long way to get to the final v2.0
thank you acediez for the work you have done, Aceearly1993 thank you for being the constant reviewer of patches
11

« on: August 07, 2021, 02:11:20 pm »
Don't worry, this is a titanic job to be reviewing the lines and testing the game which if it takes your time.
Thanks acediez for being on the lookout for this and likewise thanks to Aceearly1993 for being the beta tester who is on the lookout for errors
12

That's not a bug. I can even explained your setting. Surely you equipped Hyperdash on Falcon.
It was already explained that Falcon got the fastest dash effect thus can travel further as well.
In this case, Falcon just bump into the wall before reaching a certain height as it now moves faster and further than other characters.

Something that I noticed is that the Falcon Armor feels very fast, it does not have the hyperdash chip equipped, this bug of sticking happens only with X without armor and with Fourth, Falcon, Gaea and Ultimate armors, I'm going to check it on a PSP since this error even happens in the psxe emulator and as I mentioned in the PS1 Injector for NEW3DS

First time I hear of this. I tried but couldn't reproduce it. Check your emulator, it doesn't look like something caused by this hack.
Thanks. I'm working on this right now. I'll have an update later tonight.

Alright, the changes to the invincibility damage table were a fun experiment, but the table was being used for too many things besides bosses.
I'm still bothered by how much the blocking effect of multi-hit attacks slow downs the game. I'll try to find a different solution later on.

I added addresses related to the final disc to the damage tables in the workbook, so now it'll be easier for anyone to play with them.

don't worry I'll be checking that since it's funny how that happens only with X(no matter what armor you wear), with Zero he doesn't lose momentum or get stuck on the opposite wall with the Jump + Dash
Thanks for reviewing that detail of the damage in the mavericks and that curious bug in the invincible enemies and the switches of the stage Volt Kracken

Edit: When I was checking beta 12 the wall bug was no longer there, I checked the beta 11 again and it continued that bug, not if it was a thing of the Xdelta or impaler applications but I could already play without problems
13

« on: July 23, 2021, 08:40:27 pm »
good job, all the improvements are still great.
But notice a detail,  X loses momentum when performing the jumpwall with dash (jump + dash) this happens if there is another wall or platform, causing X to lose momentum, get stuck a little and go down.
I don't know if anyone noticed that

This happend in psex emulator and using the PS1 injector for NEW3DS, i need to try in a PSP, so i don't know what happend here
14