If it has all the board game expansions I'll be happy.
2

What's the best version of it? I know there was an Amiga, Atari ST and other ports of it.
3

News Submissions / Re: ROM Hacks: It's Resident Evil on PC, but it works!

And for the record the response I got back when I asked about it was:

It’s not, or I’d have posted an update. I assure you it’s not, almost no one cares about it, lol.

In the case of Shadowrun Returns, that was a quasi sequel to the SNES game. I say quasi, as it had the main character out of the SNES game (Jake Armitage) in it, but only as a side character, and did not continue on the story. Beyond showing that he was still alive.
5

« on: August 16, 2019, 02:32:03 am »
There is one slowly progressing along. I tried asking about it over on the translation groups website, and was told that there was no interest in it (from fans). And that's just dead wrong, as I've been a HUGE fan of Shadowrun ever since playing the SNES game + Shadowrun Returns (thanks Kickstarter) many years later.

I've played through the Genesis/Megadrive game, and it's alright. It's cyberspace / Matrix bits are wayyyyyyyyyyy better than the SNES game (more Deus Ex), but the overall experience is far lower. The music is massively inferior and the story is half half. What it does better is provide a more accurate version of the universe and is more in line with the actual PnP game.

Gaming Discussion / Re: Bloodstained - Ritual of The Night

That the SMT games never made it over is just criminal. Lovers of Phantasy Star 1 (and not the later sequels) would have loved that to death. Thanks for the link cccmar.
8

How many untranslated games are left on the snes? Is there somewhere where we can find said list?

I'm just waiting on a translation of Tetris Battle Gaiden (on the snes). As that is my favorite game on the SNES that's yet to be translated. And no this is not a translation request.
9

World of Xeen is my all time favorite. Followed by 7. Having your own castle was just awesome.
10

« on: July 13, 2018, 09:07:19 am »
Hmm. Bugs I don't recall other than the odd times where you'd encounter enemies FAR above your level (though only in certain places like the dungeon in the starting town). If you had this happen you might as well reset the game as you usually couldn't escape those battles, and the enemies would always 1 shot you. Very annoying.

The good side is that the first game and this one are the only bad games in the series. After this we got the awesome Isle of Terra, and it's from that point that you should only be playing them on PC. For 1 & 2 the NES and SNES versions are FAR superior to the PC originals.
11

« on: July 11, 2018, 03:16:18 am »
Note that this game already had an English version (known simply as Might and Magic 2 - Gates to Another World) released in PAL territories back in the day. It looks and plays quite different to this one.

If I remember right that stats not changing happens even in the English version of the game. I definitely noticed differences in damage output when using different weapons.

I had a play of this for a few hours, and for all intents and purposes this version of the game is nigh identical to the English version except that it lacks the mini-map on screen and many of the NPCs you encounter don't look anywhere near as good as in the English version.

Differences from the English version of the game:

Winner - English version. But this version does have it's own good points.

Screenshot of the English version: 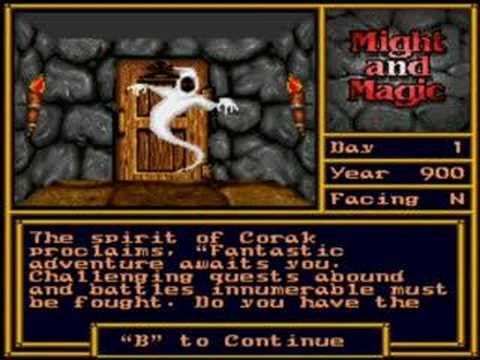 And of the Japanese version: 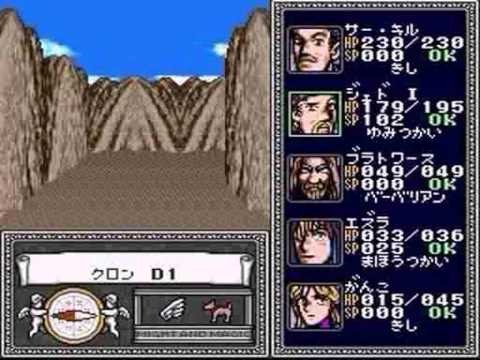 ROM Hacking Discussion / Re: Hacks and Translations that can be finished...

News Submissions / Re: ROM Hacks: At Long Last Women Run the Shadows too!

News Submissions / Re: ROM Hacks: At Long Last Women Run the Shadows too!

Both the snes and mega drive Shadowrun games are both excellent games. And then you have the fantastic Shadowrun Returns games of much more recent times (Dead Man's Switch being a semi-sequel to the snes game).
16

ROM Hacking Discussion / Re: why are there no mechwarrior snes rom hacks?

The first is a action game with FPS and RPG elements (along the same vein as Earthsiege, Heavy Gear etc), and the other is a straight up action game very similar to Desert Strike.

And for the record, my votes for the original game (which coincidentally was a partial port of the original Mechwarrior for the PC, though the levels and story are quite different).
17

« on: August 30, 2011, 01:39:05 am »
Good luck with the translation of this game. I registered here just to show my support. This game is easily the best Tetris game on the snes (in my opinion) so I very much look forward to finally getting to play and see this in english.

Has there been any progress since the last post?
Pages: [1]