I don't recall the details, just vaguely that Tsushiy stored the text without the kanji bank number or something like that, which is why all of the associated kanji are in the 1E bank.

Yeah, this is what I noticed too, exactly that, and all that graphics menu code is way over my head so I just had the Lua overwrite the written VWF with the 8x8 names because I'm a lazy amateur.
2

Unless you've changed the effect, it doesn't always work even when immune; the enemies in
Spoiler:
the chest in Daryl's Tomb
, for example, explicitly have immunity and can't be dozed with this (...which makes sense since they're using it on you).

Our translation was:
Quote

"Night": Puts all enemies and allies to sleep.
Works as long as they aren't immune.

Casts Sleep on all party members and enemies. Fails if immune.

I know it's not one of the games listed in the title, but would you consider a translation of FFVr?

Not Mato quality, but for what it's worth I already put a translation for FF5r out, though it uses all the RPGe stuff where applicable.

Only comment I have is that the text file both in the zip and on the website point towards /ff6tedition/ when the url is /ff6-t-edition/.

Otherwise, congratulations on the release!
5

The Cerberus text might still be in for when you kill the bosses in Eureka, but I'm not sure off-hand...

Secret gravestone in Eureka is
Spoiler:
east of the shopkeepers.
The password is
Spoiler:
Ekmet Teloess, from FF2, and the password is found by talking to the brooms in Matoya's Cave.
Nevermind, you were talking about the other room. Honestly, I'm not too sure what the triggers for a lot of the stuff in there is...

Most of the NPCs in the various developer rooms (including the bookshelf in the Namingway room) have different text if you bring certain characters to meet them, and one of the characters in the developer's music room has a different comment for pretty much every music track in the entire (vanilla?) game - by selecting a track from the music player and then talking to her - so don't forget to hit those.
6

« on: July 29, 2021, 03:04:51 pm »
Quite honestly, I don't really see an issue with that screen. Maybe a "Press A to continue" or something. It's not much different than the old GBA safety warnings other than it being a consistent font. Maybe hide it once at least one save file has been made (or if the readme points at a patch, if the patch is installed by LDA checking bytes that the patch edits). 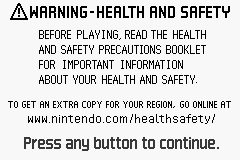 Do you know if any enemies drop any of the >256 extended items?

Unfortunately I don't know much when it comes to music hacking, so I won't be able to fix that on my own. I believe the current theory is that data stored in HiExROM areas have a slightly different read time, leading to the wonkiness. If that's true, it could be possible to relocate most of the songs to safe areas and move existing data to the HiExROM areas, but that would be like doing brain surgery without any experience.

Right now, I have a note added to the NPC who explains about the Music Player that some songs might sound wonky on modern emulators and hardware. In the readme I'll try to emphasize that it sounds correct in Snes9x v1.51.

The music issues are caused due to the instruments using up too much data (?) so the audio info overflows into the RAM dedicated to the music's echo. There's a "hacks" setting in snes9x(-rr) 1.60 that allows you to separate the echo RAM which lets it play okay.

The MSU patch that was thrown together uses the SRAM for Cyan's Swdtech names (7E1D0A-7E1D0E) because, for the Lua version, I knew that RAM was unused since the Lua completely disregards the text that's there and prints the skill names directly in 8x8 font (because I'm a scrub who couldn't figure out how to get the wide font to not display the tall glyphs in the 18xx range). So that could be an incompatibility if you just read from that RAM... although the screen to let you change the name is gone anyways so there's not much harm in hardcoding the names.

I think what you have in the screenshots is significantly better than what we have anyways. I've been staring at that GBA font too long, ahaha. We never put together a real EX patch, for EX I only threw together a minimum-possible-effort patch in order to make it playable in English, there's still various gibberish in places. The Lua effort only works on a single emulator, if you don't use that one then 95% of the text in the game is just garbage text because there's no script or monster names or anything else in the base IPS patch.

2.9.4 should be fine to install? I used LocksmithArmy's patch conflict checker to compare 2.9.4 to what we had done and there was no issues (though for you, of course you might be using some various offsets that we didn't use, especially when it comes to the ASM).

If you wanna talk patches or bugfixes or whatever, we're in #ff6-t-edition on the NGPlus Discord.
Pages: [1]