One of (the only?) playstation emulators still being actively worked on has been updated (or was about a week ago) to 1.6! This update features some impressive progress on acuracy, etc. etc. etc., but what really matters to our audience here is that it features debug tools! Memory editing, breakpoints, logging of system calls, and the like. Very exciting stuff! You can grab the debug exe from us or from the authors page where you will also find the full release and an archive of past releases.

The following Documents have been submitted and approved to the database since the last report (in submitted order oldest to newest):

You can get it from us, or from the authors website, linked to below:

The following Utilities have been submitted and approved to the database since the last report (in submitted order oldest to newest):

Basically everything in the game is entirely different: The graphics, the levels, the enemies, the story even the music.

This release is Beta 1. We would like feedback from the public on the difficulty balance of the game, which will be incorporated into the final release.

The patch is here:

Staff note: You can also get the patch from our database 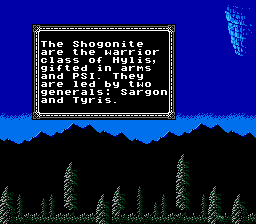 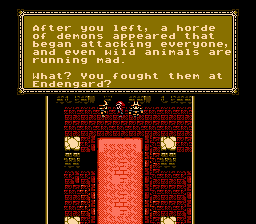 The following Translations have been submitted and approved to the database since the last report (in submitted order oldest to newest):

Treasure of the Rudras v2.00 released!

Three years to the day after the initial release of an admittedly rather spotty translation of Squaresoft’s “Rudra no Hihou” the new version is ready! It includes quite a few improvements, including a fully variable-width font for the dialogues, a brand new and wonderfully written script, a redone opening sequence and extra letters for enemy names. The real star of the show is the script, though! It’s been fantastically cared for by M of Returner Games, whose work on Front Mission: Gun Hazard you may already be familiar with.

This patch is an almost completely new animal, and if you ever thought at all that the writing might’ve seemed a little flat in the old version, be sure to give this one a try!

RHDN Treasure of the Rudras Page

Very nearly all of the hacking issues in Laplace’s Demon, including the nasty menu glitches that make the current version nigh unplayable, have been fixed. Other improvements include dual-line items and selective linebreaking in item descriptions so the text doesn’t look quite so cramped when printed in the large font. A new version will be released following some polish to the main body of the script. 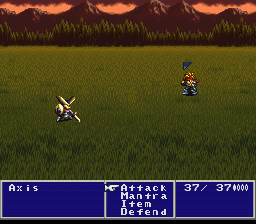 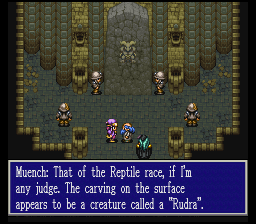 Celebrate your Independece from America!

Pledge allegiance to romhacking.net! This is our first release at Kojiro Translations and I’m very proud to announce that Glory of Heracles 3 is now in a completely playable state in English. After years of my struggling you get to kick back and play one of my all-time favorites. Thanks to everyone who supported or motivated me. View the readme with the file before asking questions. Grab the patch here. 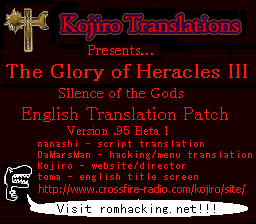 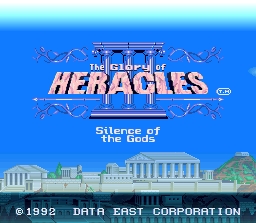 Image too big to run on the main page.

For those of you not aware, Magna Carta is an 3D style RPG from Korea. The second game in the series had a North American release on the Playstation 2 called Magna Carta: Tears of Blood. Most EB Game stores only got 2, or maybe 3 if lucky, copies of this game in. The graphics are amazing. However, the first game (Magna Carta: Phantom of Avalanche) was never released in North American. But thanks to the people at Lakuuna there’s a small partial English translation of this WIndows XP based RPG. I highly recomend this game.

Hi there. Life’s been a mess!! Few things: I will not update this site again until RS1 is finished!! It’s been hard finding the time, but I have been working on it and also a SNES demo. I’m gonna go 100% on Rs1 - we’ll see if it or I break first!

I readded the Debug and Test mode section. This is years old, but I thought I’d give these a public home again and also give some light to others wishing to contribute them to me! ^^ The page links are kinda broken to it, but you can get to it from the above link. I’m also gonna look at getting rid of the darn fortune city adverts that are plauging my site now!! :(( May have to pay some cash out the next time around.

Thank you all again to those who emailed: I will complete RS1 if it’s the last thing I do!

See yaz on the other side….