A translation for the Famicom game Mashin Hero Wataru Gaiden was released a couple of weeks ago in English! Please check out this excellent action RPG!

Mashin Hero Wataru Gaiden is a game based on a popular anime series known by the same name minus Gaiden. In this game you play as yourself and you must save Wataru who has been captured by the evil Dakdar.

You’ll travel the world doing various tasks to unlock new areas while trying to locate the Dragon Treasures in order to save Wataru. Each area has its own theme as well as enemies which adds to the overall charm.

The game is fun and interesting in the fact that it is an action game but also has RPG elements that flow very nicely together. The map is overhead view similar to other NES RPG’s of its time while the battles switch over to a side view based screen similar to Zelda 2. 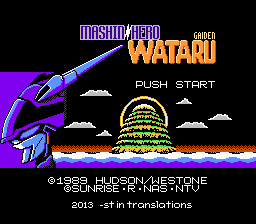 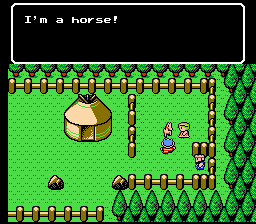