I started the Tales of Phantasia PS1 project for the simple reason that I really wanted it in English. I liked it so much more than the Super Famicom original that it kind of killed me back then to see only the “inferior” version available in English, so I felt like something had to be done. Thus I did the crazy thing and announced a project for a game on a gaming platform that was basically uncharted territory for the ROM hacking/translation scene. I was pretty much on my own, and…very lost. Help fortunately arrived, and though things started to unravel and go at a nice clip for a little while, a wall was soon hit which prevented the project from really going anywhere particularly meaningful for another four to five years.

Better tools for deeper level hacking were finally being made available for PS1, and rapid progress began getting made on the technical front, but we hit another wall, this time in terms of script. Translation and localization editing. An existing partial translation was donated and the remainder was finished some months later. Localization editing definitely took much, much longer than it reasonably should have. It took three inexperienced people, a lot of time, and a lot of effort to beat the script into the shape it is now and what I hope is of an acceptable level of quality, what I hope has managed to strike an ideal balance between readability and accuracy. I won’t claim it’s “perfect”; in fact, I can still think of ways to improve it even more, and there are still some things I’m feeling a bit iffy over, but I definitely want to move on now. And I wouldn’t doubt there are plenty of others who feel the same way.

The Tales series as a whole has evolved so much since this project began. This game is quite basic comparatively and it’s a lot harder for me to go back to after being spoiled by the growth seen in later installments. I really don’t put it on a pedestal like I used to, but it still has some considerable nostalgia value. Though I’ve had my long battles with burnout at times, I think that’s one of the reasons why I continued to give this project everything I had and see it to release.

I’m not so sure I would call this the true end of the project, though. Anything more is certainly far less of a priority now that it has finally reached a stage that I think is acceptable for prime time, but there are still some things currently in the programming pipeline from Habilain. Some sophisticated tweaks to improve presentation in a few areas, but also somewhat more important things like adding subtitles for voices in tiny corners that remain unsubbed. And just coming from beta testing, it’s come to my attention that some of the skits in the game are entirely unused, while several others seem misplaced, and Habilain’s looking into a means of integrating the unused ones seamlessly into the game and possibly moving the seemingly misplaced ones into a more sensible place. As long as he continues to stick around, I’m sure these will materialize eventually. Besides me, he’s been around the longest of anyone still actively on the team, but is unfortunately often short of time. To be sure, I’ve had my share of frustrations with that, especially in the last few years, but I’m very grateful he’s stuck around.

Of course, I would like to thank everyone who helped make this project come to fruition over the years, as well as those who’ve kept the faith and waited us out patiently.

As for the future… Well, we’ve obviously got two more big Tales games to finish up. With the experience gained from ToP, I’m hopeful we can get these out much more quickly now that they won’t be held back by another project. I’ve also gotten an idea for a possible translation project of a somewhat prolific game that’s perhaps a bit more niche than a Tales, but I don’t see myself announcing what that is anytime soon, if I even decide to go ahead with it.

That being said, here is the patch you’ve waited so many years for. 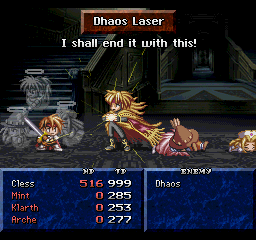 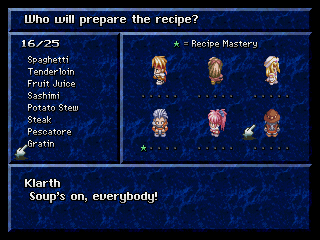