Love it or hate it, you’ve probably heard of it. Parallel Worlds is by far the most popular full-game hack of A Link to the Past released to date. Today, in honor of the 10-year anniversary of its original release, the hack has been updated to add several new gameplay mechanics, and to attempt to address many of its long-standing issues.

Some of the new features include:

Additionally, many existing bugs were fixed:

This update does not modify the dungeon designs, except very minor edits such as the previously mentioned backtracking in the Parallel Tower. In the near future, PuzzleDude’s Parallel Remodel will also be updated with these new features, if that’s more to your liking. However, the new gameplay mechanics make quite a significant difference to the difficulty curve, so if you have tried the game before and found it to be too hard, you might find the new update to be more reasonable in that regard. 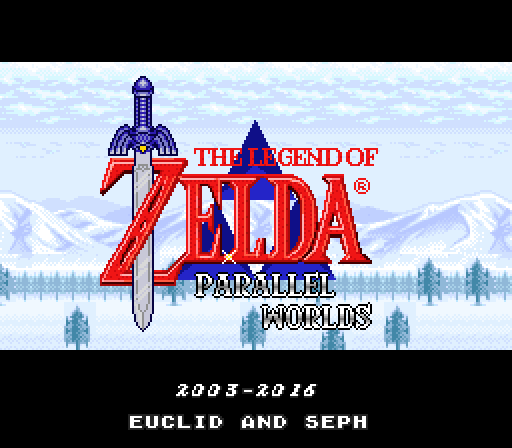