Like any other “Roll fan” out there, Zynk has always wanted to play as Roll as her brother’s stead.

Inspired by the Rockman 1 cell phone game, and likewise, the WIP fan-game called “Roll-chan” by Tarbo, Zynk finds a way on how to get Roll in the game.

Just back then Zynk discovered romhacking by watching several “Roll Chan” titled games that are actually romhacks. The hack was particularly made by YUIFA and she hacked Rockman hacks from 1 to 5.

Not fond of YUIFA’s Roll design, Zynk made his own Roll sprites. Zynk based his design on Mobile Roll, but her sprites are taller than Mega Man so Zynk used Roll’s original sprite from the NES games. However, for an added effect, Zynk made a few custom sprites for Roll (specifically, jumping & damage sprites).

With palette limitations set aside, Zynk has completed ROLL♥CHAN! Zynk made two types of Roll: the Classic & MM8 costumes. 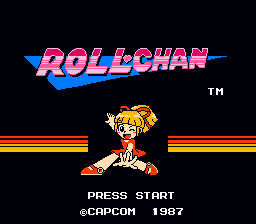 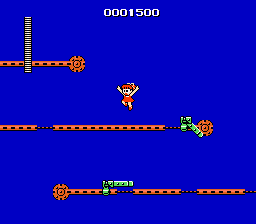