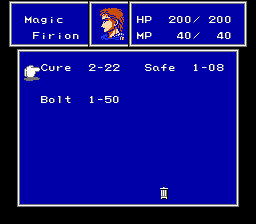 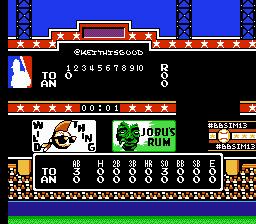 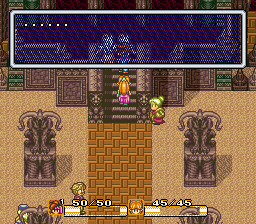 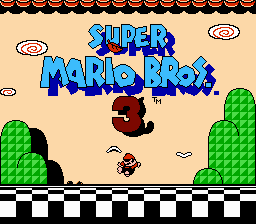 As of today, all of the NES and Game Boy Mega Man games have received a patch that makes weapon energy refill upon losing a life.

The goal of these patches are to make the game less frustrating (especially during final stages, where some weapons are required to pass the level), but also to create consistency with the later Mega Man/X games for Playstation 1 and PSP.

If you got sick of running out of Magnet Beam in Mega Man 1, or Rush Jet in Mega Man 3, or even the Carrier from Wily’s Revenge, be sure to try out these patches! They may save your sanity during these heinous final stages!

Get the patches here: 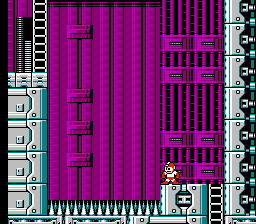 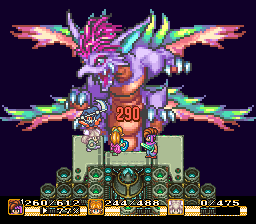 Final Fantasy IV - Ultima version 5.12f is finally out! It has been quite a journey creating and updating this hack, however, it has finally arrived at the end in its final form.

Originally, about a year ago, this project began as an addendum to the vanilla game: FF2SNES. The idea was to make a few polish here and there, and reuse some of the empty space and dummied out contents in the rom to create some meaningful and new weapons/spells/gears to spice up the core FF4 experience. However, as time went by, with the combination of new ideas that kept popping up and suggestions from many players of this hack, more and more goodies was added to the hack to a point where Final Fantasy IV - Ultima had become its own personality. In its final form, not only has the hack been treated with new goodies and a few extra endgame additions as it did back in v1.0, but it is now loaded with a ton of extra content such as new side-quests, new scenarios, new weapons and much much more throughout the entire game from start to finish…plus a fairly good sized endgame adventure in addition as well. Here are a few notable features of this hack:

Barring any bug fixes or polish updates, this should be the FINAL VERSION of Final Fantasy IV - Ultima. So if you haven’t already, do give it a download and check it out! Hope you’ll all enjoy this hack immensely and feel free to reach out if you have any questions and/or comments! Cheers!! :)

The long awaited NES Ghostbusters hack is here! Version 1.0 was released on October 4th, 2019. After hearing a lot of user feedback, fixes and improvements have been made in version 1.1. Be sure to check it out!

Most importantly, a cheat code has been added to allow the player to start with $10k in savings, to get accostumed with the new game design. The original game’s city map and ghost catching aspect was completely pointless and nearly impossible to get a gameover on. The only challenge was the staircase, with its terrible controls. Players would rely on a glitch to get 255 lives and beat the level, reaching the even more broken fight with Gozer.

This hack fixes and rebalances everything to make a real game out of it. So, though it may look like it is the same, it does not play like the original game at all. Thinking so could be frustrating, so keep these points in mind while playing: 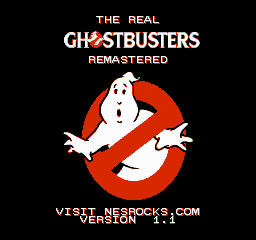 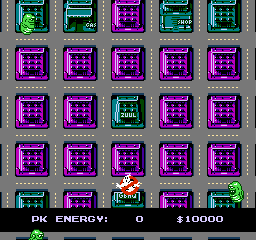 This is a player sprite hack of Adventure Island 2 for the NES. This hack changes Master Higgins’ player sprites into his girlfriend Tina. There are 3 patches for each region release: US, JP, and EU.

A lot of sprites were reconstructed to fit Tina’s custom sprites; notably, the skateboarding, jumping and swimming sprites, and the part where the player is riding IN the pterodactyl, instead of only a head sticking out of the flying dino’s back (like a pilot riding in a biplane), in this hack the player is riding ON its back.

Special Thanks to Spiderdave for helping fix a bug in the game. Apparently, that bug got carried over in Adventure Island 3 *gasps*. 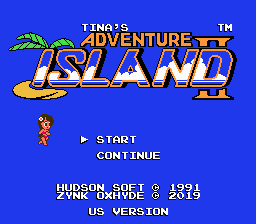 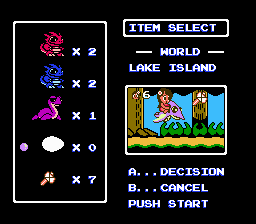 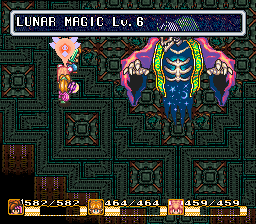 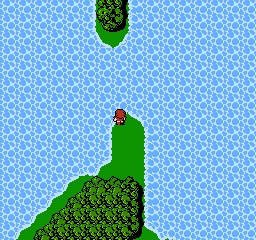 In an undisclosed location of an unknown world… a robot was created in the shape of a lovely, human girl was created by unseen masters for the sole purpose of creating piles-and-piles of explosives. This robot wore a pink dress, pink gloves, and a pink helmet with a golden heart on the forehead. These traits quickly earned her a nickname among her peers: “Pretty Bomber.”

From day one, Pretty Bomber found her given task a bit boring. Being a creative construct, however, she would often find ways to turn her tedious tasks into a fun games. Some days, she timed herself, trying to beat her record for quickest bomb quota production. Other days, she amused herself by stacking the objects in piles of varying shapes. Eventually, though she grew bored of bomb production and wanted to do something else. On top of that, she was starting to get ideas… have dreams… but alas, she knew she was a robot that was made for one very dreary purpose, and nothing she could do would ever change that. Or, so she thought.

One day while on the assembly line, the humanoid robot overheard two of her co-workers chatting about rumors. Supposedly, robots who went to the surface never came back. When one asked the other “why,” the answer excited her.

The idea of turning into a real girl and never having to make another bomb made her shift pass by very quickly and, that very night when she should have been sleeping… she slipped out of her recharge unit, slid by the sentries, and made a break for freedom!

Rushing through the corridors, Pretty Bomber kept her mind focused and her hopes high. On her way through the factory, however, she bumped into some unexpected fellows. The same people who had spoken of those magical rumors were wide-awake and working the late-night shift. When they noticed her, they asked what she was doing, so she explained her situation and asked if they wanted to come with her. It didn’t surprise her when they declined, but… she was utterly shocked when they began to make threats and approach her. It seemed like they were determined to keep her in the factory! Unfortunately for them… Pretty Bomber was far more determined to escape!

With a newfound fire guiding her actions, she concentrated, forming a heart-shaped bomb in her hands. Then, as she broke through the assembly line, she left the explosive behind… with fuse alight!

A powerful explosion rocked the factory, immediately followed by alarms blaring and lights flashing. With that single act of defiance… Pretty Bomber found herself fighting for her life in a desperate bid to leave her old life behind and follow her heart’s desires.

Did she ever make it to the surface? Were the rumors about becoming a human true? Find out the answers to these questions and more… by playing Bomberman™, Starring Pretty Bomber™! (Now available from this very website!) 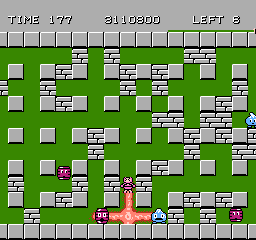 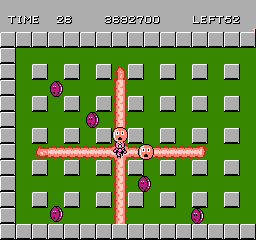 This is a player sprite hack of Adventure Island for the NES.

There are 3 patches for each region release: US, JP, and EU.

Special Thanks to Nesrocks for helping with locating metatiles and palette offsets. 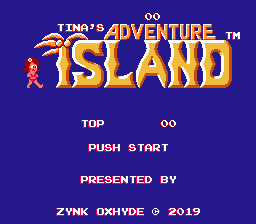 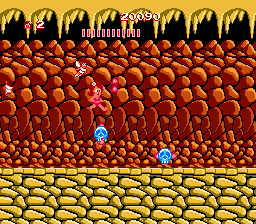